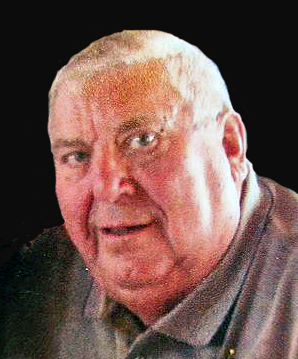 Donal G. Ratchman, 87, of Greenville, WI, passed away peacefully at home surrounded by his family after a short illness.

Donal was born in Oshkosh in the backroom of his parent’s grocery store on August 24, 1933. He was the son of George and Bernice (Radtke) Ratchman, both of whom preceded him in death. Donal married the love of his life, Shirley, on August 3, 1963 and together they built their family. She survives him. They had four children: Brien (Sara) Ratchman, Kelly (Timm) Gloudemans, Dean Ratchman, and Jay (Donna) Ratchman, all of Greenville. He had nine grandchildren: Nathan, Matthew, Tessa, Karisa, Garett, Kaitlyn, Olivia, Ava, and Alex. He was a devoted spouse and a family man who was always proud of his kids and grandkids.

After serving in the military, Donal was a manager at National Foods, followed by a lengthy career as an Electrician at PH Glatfelter Paper Company in Neenah. In his free time, Donal loved spending time at his cottage in the Northwoods. Hunting with his family and friends was a highlight each year, even at the age of 87. He was known for his storytelling, sharing a cold beer, his love of the Packers, his big smile, and his devotion to the Catholic faith.

Donal is survived by his sisters, Charmaine Monroe and Carol Nikolaus, as well as numerous nieces, nephews and grand nieces and nephews. He was preceded in death by nephew, Terry Pofahl, his in-laws, and several brothers-in-law and sisters-in-law. Additionally, Donal was blessed with many friends.

A Memorial Mass will be held celebrating his life and entrance into eternal rest at 11:00 a.m., Saturday, August 14, 2021, at St. Mary of the Immaculate Conception Catholic Church, N2385 Municipal Dr. Greenville, WI 54942. Visitation with the family will be from 10:00 a.m. until time of service.

The family would like to thank the Accension Hospice staff for their compassion in how they cared for Donal.

.Please leave a special message or condolences for Donal’s family below.

To order memorial trees or send flowers to the family in memory of Donal G. Ratchman, please visit our flower store.