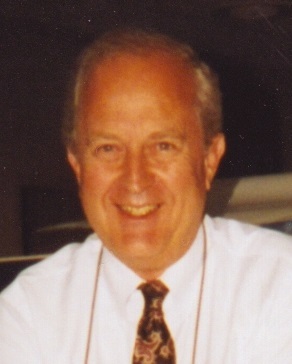 Don J. Corrigall, age 84, of Appleton, passed away at Brewster Village on Tuesday, August 6, 2013. Don was born on April 9, 1929, in Oshkosh, to the late Don and Anna (Kuebler) Corrigall. He married Carolyn Jones in 1953. Don was the first non-teaching graduate of the Wisconsin Teachers College in Oshkosh, earning a degree in Mathematics and Physics. He then proudly serviced his nation in the U. S. Navy during the Korean War. Following the war, Don joined Miller Electric in September 1956 where he enjoyed a long and successful research and engineering career and eventually became vice-president. He later earned an MBA from UW Oshkosh. Over the years, many patents carried his name on behalf of Miller Electric. Amongst the awards Don earned during his career was election to the Inventors Hall of Fame in 1995. He retired in 1997. Don enjoyed the outdoors, skiing, swimming, kayaking, traveling, history, cooking for family and friends, and especially the time he spent at the family cottage in Spread Eagle. Don was well-known for his great sense of humor.

Survivors include his wife of 60 years, Carolyn; his son, John (Kim) Corrigall, Marshfield; his daughter, Susan (Mike) Smith, Mequon; his grandchildren, Jordan and Olivia Corrigall, and Michael and Emma Smith; and his sister-in-law, Harriett Corrigall. He is further survived by many nieces, nephews, other relatives and friends. Don was preceded in death by his sister, Jane Corrigall, and his brother, Knox Corrigall and his brother and sister-in law Don and Virginia Jones.

There will be a Gathering of Friends on Tuesday, August 13, 2013, at the WICHMANN FUNERAL HOME, 537 N. Superior Street, Appleton, from 4:00 p.m. to 7:00 p.m. A memorial has been established in his name to benefit the Juvenile Diabetes Research Foundation or the Outagamie County Humane Society. The family would like to extend a sincere thank you to the staff at Brewster Village-Harmony House for their loving care.

To order memorial trees or send flowers to the family in memory of Don J. Corrigall, please visit our flower store.