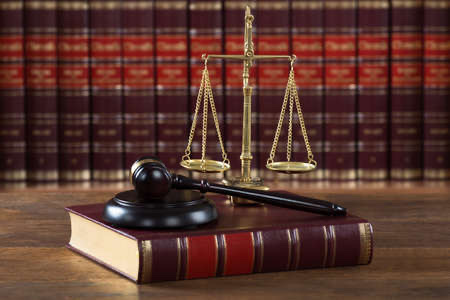 Don was the son of Rudolph Theodore Herrling and Vernie Dassow Herrling.  His brother Dennis, also a lawyer died in 1983 at the age of 51. After graduation from the University of Wisconsin Law School he married Mary Patricia Launchner of Urbana, IL. They adopted two boys, Douglas Scott Herrling, Phoenix, AZ, and Andrew Wade Herrling, Tomahawk, WI. Mary Pat died in 1970 after open heart surgery. Don fell in love and married Eileen Neau in 1971. They were avid photographers and traveled throughout the world to more than 60 countries. They presented many programs of their travels to area groups.

He started his college career at Oshkosh State University, then attended University of Wisconsin in Madison receiving a Bachelor of Science degree and Doctor of Laws degree in 1952. He was president of his law school fraternity, Phi Delta Phi. He enlisted in the US Air Force and was commissioned a First Lieutenant in the Judge Advocate Corp. and was stationed at Randolph Air Force Base, San Antonio, TX.

He returned to Wisconsin and entered the practice of law, first in Oshkosh and then in Appleton, opening his own law firm in 1957. He was active in his profession serving as secretary of the State Bar of Wisconsin, chairman of the State Bar Board of Governors and President of the Wisconsin Law Foundation. He also served on a Bar Fee Arbitration panel, was a mediator of a Medical Mediation Panel and a member of the American Judicature Society and is a past president of the Outagamie County Bar Association.

He has served on the boards of the YMCA, American Red Cross, American Cancer Society, Appleton Library, Thompson Community Center, Downtown Rotary Club, Wisconsin History Foundation, Fox Valley Arts Alliance, Fox Valley Symphony, and the Appleton Y’s Men’s Club.  He was a member of the Memorial Presbyterian Church, served on its boards and sang in the choir.

Don’s great, great grandfather built the Herrling Sawmill on the State Historical site of the Wade House in Greenbush, Wisconsin.  Don was active in the reconstruction of the working sawmill.

In 1995, he left the active practice of law and became “Of counsel” to the Herrling Clark Law Firm that he founded.  He remained active in the community.

Don served the Senior Connection of the Thompson Community Center which provided programs and services for older adults and their families. Don provided pro bono legal services on a weekly basis to the elder members of the community, serving hundreds of participants. He drove for FISH which provided transportation for the elderly and was also a tutor for first grade students in the United for Reading Success program.

Don received no greater pleasure in his law practice and pro bono work then responding to and helping individuals on a one-on-one basis. “The world needed a listener,” and Don was a capable one. Don was of course, very proud of the Herrling Clark Law Firm.

Don is preceded in death by his parents Rudolph and Vernie, brother and sister in-law Dennis & Nora Herrling, Sister in-law Linda Scott and her husband, John all of whom have likely eagerly awaited his arrival in Heaven.

In lieu of flowers, please consider a donation to the YMCA or any community-based service group in Don’s memory.

To order memorial trees or send flowers to the family in memory of Don R. Herrling, please visit our flower store.