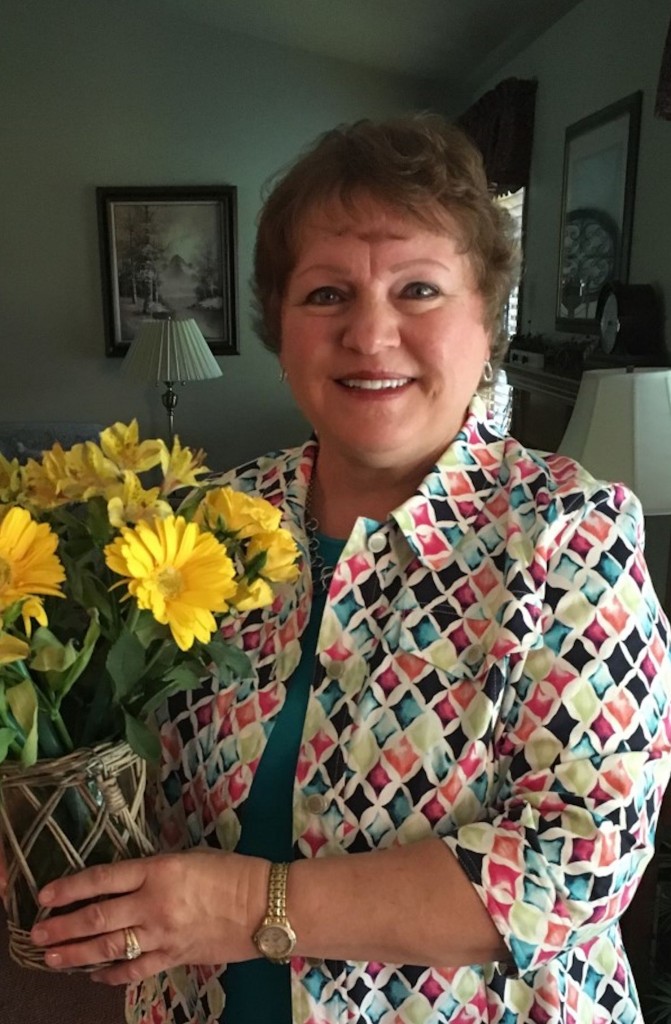 Dianne A. Murrow, age 67, passed away into Jesus’ hands on January 2, 2020 after a short battle with pancreatic cancer, with her husband at her side while residing at Cherry Meadows. Dianne was born in Oelwein, Iowa, the daughter of Max and Arlene Rueber on August 26, 1952. She graduated from Maynard High School in 1970. Dianne was united in marriage to Rich Murrow at Faith Lutheran Church in Glen Ellyn, Illinois on October 4, 1980.

Dianne graduated from Calmar Community College with a General Clerical Degree, which she used throughout her career as administration/executive secretary positions, one of which got her introduced to her husband at Collins Radio in Cedar Rapids. This introduction led her to live in Downers Grove, Illinois for 34 years until moving to Wisconsin in 2014.

She was very detailed in scrapbooking events in her life, whether it was family, vacations, or social activities. These books are the bible of her steps on earth. Dianne was very good at baking items for fund raisers or just the joy of providing neighbors with treats anytime of the year.

She was very involved with the Women of the Moose in Downers Grove for 30 plus years. She consistently volunteered for fund raisers to support the children at Mooseheart. She was a member of the College of Regents.

One of Dianne’s greatest joys was volunteering at the various churches she attended in Illinois and Wisconsin. She had an infectious smile and a positive attitude that spread to the people she worked with in bible study, cafeteria lunch room, bulletins, and working at the Bargain Garden.

Dianne was preceded in death by her parents; 2 brothers: Ronald in infancy, and Dennis (Kathy); sister: Carlene (Lee).

Funeral services for Dianne will be held on Thursday January 9th at Mount Olive Ev. Lutheran Church, 930 E. Florida Ave, Appleton, at 11:00 AM. Visitation at the church from 10:00 AM until the time of services. Additional visitation for Dianne will be at Wichmann Funeral Home, 537 N. Superior Street, on Wednesday January 8th from 5:00 PM to 8:00 PM. Interment following the funeral services at St. Joseph Cemetery.

Dianne had a short battle with this terrible disease. The trip was made easier with the care given from Theda Care at Home and the excellent support staff at Cherry Meadows. In lieu of flowers, please make a monetary donation to this worthwhile cause. I would like to thank my brother Don and his wife Jill for all the support given during this battle along with all others who touched us on this journey. She was prepared for this final journey based upon her faith her entire life. Your smile will lead us home to join you on our final trip.

To order memorial trees or send flowers to the family in memory of Dianne A. Murrow, please visit our flower store.