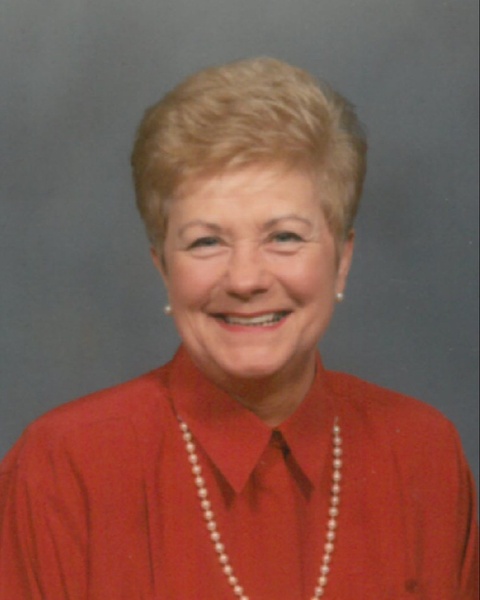 Deloris “Dee” A. Knox, found peace in God’s arms on Friday, October 7, 2022 at the age of 90.  She was born in Richford, Wisconsin, the daughter of Walter and Esther (Schwersenska) Slife.  Dee married Harry Knox, July 15, 1950.  Harry preceded her in death on June 9, 2005.  Dee was a member of First English Lutheran Church, Appleton, Wisconsin.

Her life revolved around her family, her church, and her volunteer work.  Dee served as Worthy Matron of Odile Chapter 184, Order of the Eastern Star, Kaukauna, Wi.  She also served as Guardian of Bethel #24, International Order of Job’s Daughters from 1964 to 1969 and as the Grand Chaplin of the Grand Guardian Council of Wisconsin in 1968.  Dee was an active girl scout leader for many years and an active member of First English Lutheran Church.  She spent many years working in the medical field.  Served as Assistant Administrator of Nicolet Clinic from 1975 through 1978.  Dee also enjoyed her years of volunteer work at Theda Clark Medical Center in the family surgery room and as a patient advocate at Appleton Medical Center.

The family will receive family and friends at First English Lutheran Church (326 East North St., Appleton) on Friday, October 14, 2022, from 9:30 am until the time of service at 11:00 am.  The family has requested that expressions of sympathy be directed to a memorial established in Dee’s name.

I would like the memory of me to be a happy one.

I would like to leave an afterglow of smiles when day is done.

Of happy times and laughing times and bright and sunny days.

Of happy memories that I leave when my life is done.

To order memorial trees or send flowers to the family in memory of Deloris "Dee" Knox, please visit our flower store.