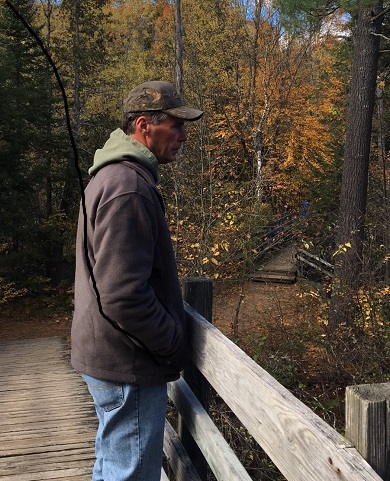 Dean Van Asten, age 58 of Waupaca, died on Friday afternoon, July 28, 2017, at ThedaCare Medical Center in Neenah, following a brief illness. His parents, Guyland and Jackie (Thiex) Van Asten welcomed Dean into their lives at that very same hospital on December 3, 1958. He was one of four children born to the couple. At the time of his passing, Dean had been working as a truck driver for Michels Construction.

Everyone will remember Dean as a guy with a great sense of humor and a big heart. He loved being outdoors, whether fishing, hunting, being on the river, or just spending time around a campfire with good friends – these were his favorite things.

Other survivors include Lori's children: Jessica (Marty) Syring of Larsen and their children Ella, Emily, and Blake; and William (Oksana) Harper of Florida and their daughter Lynette; and Lori's sisters: Kathy Syring of Waupaca and Jan Keddell of Shawano, as well as Bruce Leitzke and his family.

For many years, some special friends graced Dean's life, and they also will miss him dearly. Among them are Butch and Kathy Miller, Eddie Gilmore, and Andy and Susie Miller.

Dean was preceded in death by his father, Guyland Van Asten in 2016, and by Lori's parents Tom and Audrey Protheroe.

A service of remembrance and a time to celebrate Dean will be held at 6:00 PM on Wednesday, August 2, 2017 at Hope United Church of Christ, 8950 Alpine Road, just south of Fremont, with Rev. Alex Tychkin officiating. Friends and relatives are invited to gather at the church on Wednesday afternoon from 5:00 PM until the time of the service. In lieu of flowers, a memorial fund is being established.

To order memorial trees or send flowers to the family in memory of Dean A. Van Asten, please visit our flower store.