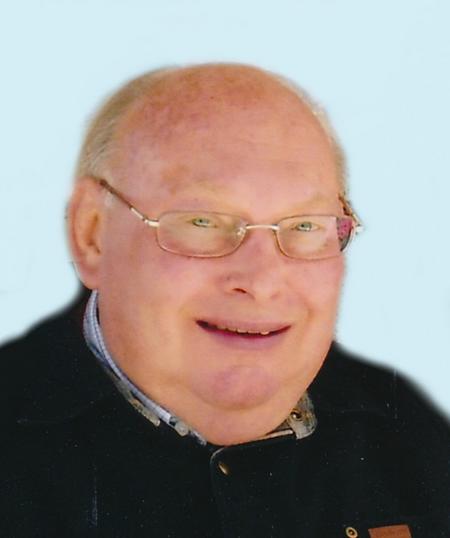 Dean Rhode, age 65, passed away Monday, November 7, 2011 at Theda Clark Medical Center in Neenah, following a brief illness. Dean was born in Neshkoro on May 2, 1946, son of the late Alfred and Verona (Lau) Rhode. He was a graduate of Appleton High School, and also studied at the University of Wisconsin √Ø¬ø¬Ω Oshkosh. On January 24, 1970, he married the former Jane Jenkel in Appleton. She survives. For many years, Dean worked in automobile sales, specializing in imports. His love for cars was also evident by the many years he raced his Lotus and Formula Ford at Elkhart Lake. After years of car sales, he began driving truck for Jenkel Oil Company. Dean eventually started his own landscaping business with his family, Aero Landscaping. Later in life, Dean also began to collect tractors; his love for tractors grew from his early experiences on a family farm.

Dean is survived by his wife: Jane Rhode of Appleton. He and Jane raised three wonderful children: John Rhode of Antigo and his special friend Ruth; Jeff (Laurie) Rhode of Anaheim Hills, California; and Jenissa (Scott) Carlson of Hortonville; eight grandchildren: Kaitlin, Jacob, Tyler, Madison, Nathan, Timothy, Tommy, and Jillian; a sister: Margo (Bill) Hazlett of Rancho Palos Verdes, California; two sisters-in-law: Judi Martin of Bonita Springs, Florida and Janet (Scott) Voss of Appleton; and his mother-in-law: Lois Jenkel of Appleton. There also many nieces, nephews, other relatives and friends. Dean was preceded in death by his parents, his father-in-law John Jenkel, and his dear friend and brother-in-law: Doug Martin.

A funeral service for Dean will be held at 11:00 AM on Saturday, November 12, 2011 at WICHMANN FUNERAL HOME, 3212 S. Oneida Street in Appleton. Friends may call at the funeral home on Saturday morning from 9:00 AM until the time of the service. In lieu of flowers, a memorial fund has been established to benefit Dean√Ø¬ø¬Ωs favorite charities.

Dean had a true zest for life, and had many passions in life. Greatest among them was his loving family and spending time with each of them. He will be truly missed by all who knew and loved him.

To order memorial trees or send flowers to the family in memory of Dean A. Rhode, please visit our flower store.