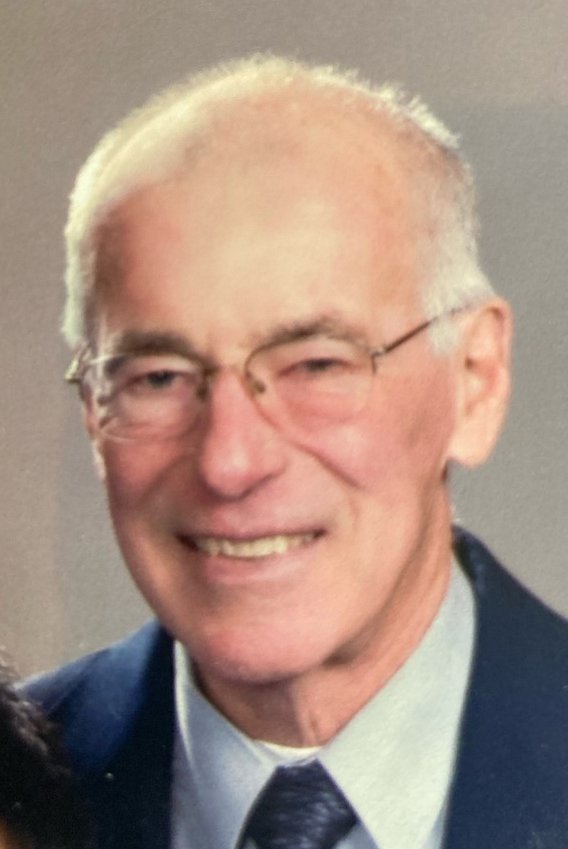 David L. Vanieuwenhoven, age 79 was welcomed into the loving arms of his Lord and Savior, Jesus Christ on Friday July 22, 2022, surrounded by his family. David was born January 3, 1943, in Green Bay the oldest of four children born to Bernard L. and Fern (Conklin) Vannieuwenhoven. He graduated from Green Bay West High School in 1961 and attended the University of Wisconsin Madison, from where he graduated with a degree in Mechanical Engineering in 1966. Following graduation Dave served his county as an Ensign in the Environmental Science Services Administration from 1966-1968. After his service, he worked at Proctor & Gamble, Green Bay; Moore Business Forms/Response Graphics, Green Bay; Institute of Paper Chemistry, Appleton and eventually retired from Bassett Mechanical, Kaukauna in 2011.
Dave and Jo Anne Schubring married on December 11, 1971, and in December of 2021 they celebrated 50 years together. Dave and Jo Anne were long time members at Riverview Lutheran Church where Dave served as a leader on various boards and committees through the years.
He loved the outdoors and in his spare time could be found outside in his garden, mowing the lawn at least twice a week (sometimes three!), hunting and fishing. He truly enjoyed spending time with his family, grilling out and just enjoying time together.
Dave is survived by his wife Jo Anne; children: Rev. Charles (Amy) Vannieuwenhoven, Watertown, WI, Ellen (Steve) Hennig, Oshkosh, WI, Brian (Amanda) Vannieuwenhoven, Grand Rapids, MI; grandchildren: Nathan (MaKayla) Hennig, Matthew (Cassidy) Hennig, Tabitha (Zachary) Gregorius, Elyse Vannieuwenhoven, Marissa Hennig, Micah Vannieuwenhoven, Ariana Vannieuwenhoven and Lily Vannieuwenhoven; and great grandchildren: Asher Hennig and unborn baby Hennig.  He is further survived by his siblings: Bonnie (Bill) Woosencraft, James (Nancy) Vannieuwenhoven, and Peter (Amy) Vannieuwenhoven. There are many nieces, nephews, cousins and friends who will miss Dave’s presence.
Dave is preceded in passing by his parents, Bernard and Fern.
A Christian funeral service for Dave will be held Wednesday July 27, 2022, at 11:00am at Riverview Evangelical Lutheran Church, 136 W Seymour Street, Appleton. Friends and family may gather at the church from 9:00am until the start of service.
The family wishes to thank the staff at Ascension St Elizabeth for their care and compassion.
In lieu of flowers a memorial fund will be established.
To order memorial trees or send flowers to the family in memory of David Vannieuwenhoven, please visit our flower store.