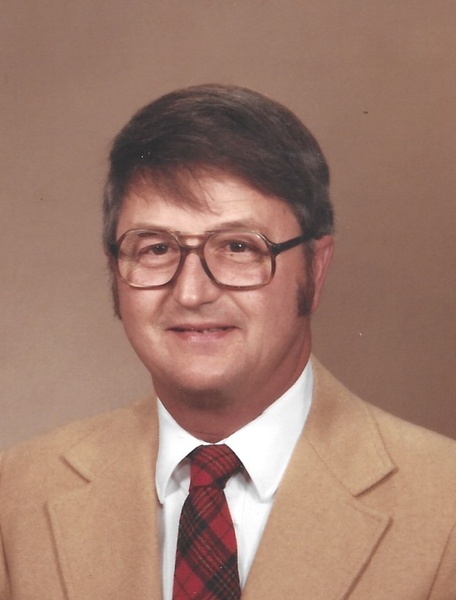 David “Lee” Hayes, 88, Appleton, died on Friday, April 30, 2021. He was born on July 26, 1932, to the late Beverly D. and Esther A. (Horn) Hayes in Appleton. Lee graduated from Appleton High School in 1950 and furthered his education at UW Fox Valley. He served in the United States Army, stationed at Camp Drum in New York. Lee was united in marriage to Donna Locke on September 17, 1955, at the Evangelical United Brethren Church in Appleton. He proudly worked for the United States Postal Service for 35 years. Lee enjoyed telling stories talking and laughing with anyone and over the years earned the nickname “Gabby Hayes”. He took joy in his lawn and flowers, golf, playing cards, watching the Brewers and Packers, and was a proud Democrat. If you stopped by to visit you were likely to hear Johnny Cash, Hank Williams, or George Jones with Lee singing along. Later in life Lee enjoyed sweets especially chocolate covered cherries bought in massive quantities by his granddaughter Jordana. Lee would have a beer or a brandy once in a while and would enjoy a Muriel Air Tip Cigar. He had various dogs throughout his life and he loved each one of them. Lee had his legs amputated 15 years ago, but this never slowed him down and he never stopped living.

Lee was preceded in death by his parents and sister Patsy Hoffman.

In accordance with Lee’s wishes a funeral service will not be held. Burial will take place in Highland Memorial Park Cemetery, Appleton.

Thank you to Lonnie and Pam for being caring and attentive neighbors. Lee enjoyed many good conversations with Andy and appreciated his help with yardwork and small jobs. A final thanks to the Greenville Lions Club for installing his wheelchair ramp.

Lee, Daddy, Grandpa – We will forever miss you!

To order memorial trees or send flowers to the family in memory of David Lee Hayes, please visit our flower store.