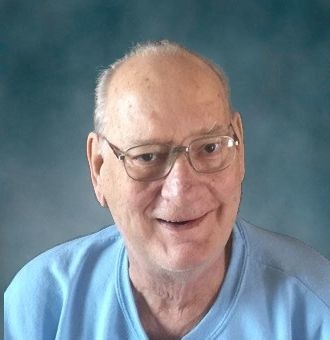 David “Dave” Laux, age 76, of Appleton, passed away on Monday, January 16, 2017. He was born in Appleton on February 25, 1940 to the late Joseph and Margaret (Beyer) Laux. Dave proudly served his country in the United States Air Force.
Dave was employed with Richs Bakery as a cookie mixer for over thirty-three years. However, at home Dave wasn't known to be much of a baker; instead he was known for making great boiled dinner soup.
Dave married Nancy on June 21, 1979 in Las Vegas. Together they were blessed with thirty-six years of marriage. For many years Dave and Nancy enjoyed taking their boat out on the lake to fish. Dave bowled for many years and liked trips to the casino. Above all Dave enjoyed time with his family especially his grandchildren and great grandchildren.
He is survived by his loving wife, Nancy; his four children, Brenda (Kim) Beauchamp, Steve (Jamie) Farwell, Rhonda Farwell and Dawn Aschenbrenner; seven grandchildren, Shannon (Ryan) Guy, Karrie Jo (Steven) Burton, Kyle Farwell, Becky (David) Skoglund, Bradley Harris, Brian (Courtney) VanAlstine and Jeremy (Beth) Aschenbrenner; nine great grandchildren, Kiley, Cason, C.J., Austin, Isabella, Jacob, Megan, Aubrey and Corey. Dave is further survived by his brothers, Alan, Tim, Thomas (Vi); his sister, Helen (Richard) Polaski; brother-in-law, Paul Proud and many nieces, nephews, other relatives and friends.
In addition to his parents he was preceded in death by his grandson, Kasey Farwell; his siblings, Richard, Dianna, Dennis, Joan, Lawrence, Michael and Mark; his sisters-in-law, Juanita and Alice and brother-in-law, Marvin.
The memorial service will be held on Friday, January 20, 2017 at 11:00 a.m. at HIGHLAND MEMORIAL PARK – STAR OF HOPE CHAPEL, 3131 N. Richmond Street in Appleton. Visitation will be held on Friday starting at 9:00 a.m. until the time of the service with his nephew, Rev. Keith Hutmaker officiating. In lieu of flowers, a memorial fund has been established in Dave's name. Online condolences can be offered at www.wichmannfargo.com.
Dave's family would like to thank to staff of Theda Clark Hospital, ThedaCare Cancer Center and ThedaCare at Home Hospice for all the compassionate care given to Dave and his family.

To order memorial trees or send flowers to the family in memory of David "Dave" Laux, please visit our flower store.