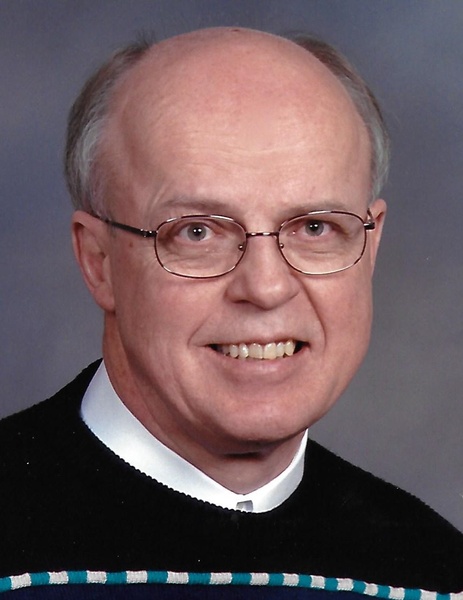 David Charles Winkler was made perfect in Christ and joined his wife Mary Jane in heaven on Friday, February 18, 2022. He was born on August 6, 1948 in New London, Wisconsin to the late Vincent and Loretta (Fields) Winkler. David attended Carroll College and then transferred to UW Stevens Point where he earned his bachelor’s degree in speech pathology and audiology.

After meeting Mary Jane, graduating and getting married, he enlisted in the Air Force and served honorably for 20 years. David’s military experience played a very important role in his life and provided opportunities to work in many different areas from weather to monitoring radar with the airborne warning and control system (AWACS).  Throughout his career, he was stationed with his family in North Dakota, Oklahoma and Okinawa, Japan.

David moved back to Wisconsin in 2004 to be near family, shortly after losing Mary Jane to ovarian cancer. He enjoyed many hobbies such as stamp collecting, fishing and woodworking. He looked forward to spending his birthday with his daughter (Jennifer), son-in-law (Craig) and grandson (Jack) at Island Lake just north of Duluth each summer. It was always a week full of fishing, kayaking and a trip up the North Shore for some chocolate peanut butter pie to celebrate.

Along with his parents, David was preceded in death by his wife Mary Jane (Melter) Winkler  and brother Jerry Winkler.

The Christian Funeral Service for David will be held at 12:00 Noon on Friday, February 25, 2022, at Mount Olive Lutheran Church, located at 930 E Florida Avenue in Appleton, with Rev. Robert Raasch officiating.  Visitation will be held at the church on Friday morning from 10:30 AM until the time of the service.

To order memorial trees or send flowers to the family in memory of David C. Winkler, please visit our flower store.