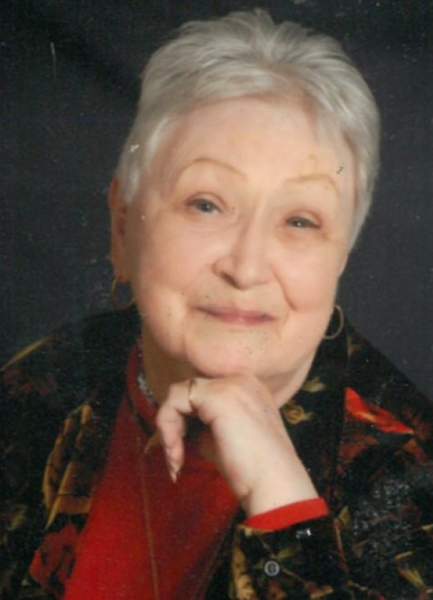 Darla Mae Luebke age 85 passed away on August 17, 2022 in her home. Darla was born on Jaunary 8, 1937 to Edward and Erma (Drews) Ginnow.
Darla moved to Appleton at the age of four and spent the remainder of her life there.
Following graduation from Appleton High School Darla took some courses in accounting. Soon after she began her career at Wisconsin Electric which became WeEnergies.
Darla was the proud mother of Dena, Denise, Drew and Darren. It’s a wonder that her children survived to adulthood because Darla was not a great cook. She did, however, enjoy sewing when the children were younger, and they were “forced to dress alike” when they went to church.
Darla enjoyed knitting blankets for people and enjoyed playing cards with her neighbors at the apartment complex.
Darla is survived by her children: Dena (Wes) Ford, Denise (James) Hubert, Drew (Tina) Luebke, and Darren (Sue) Luebke; and grandchildren: Andrea (Neil) Busse, Kevin Luebke. She is further survived by her sister Jean Nelson. There are many friends who will also miss her company.
Darla was preceded in death by her parents Edward and Erma, her sister Diana (Dick) Lyman, brother-in-law: Hugh Nelson.
A celebration of life will be held Thursday August 25, 2022 from 1:00pm until 4:00pm at Wichmann Funeral Home, 537 N Superior Street, Appleton.  There will be a short prayer service at 2:30pm.
To order memorial trees or send flowers to the family in memory of Darla Mae Luebke, please visit our flower store.