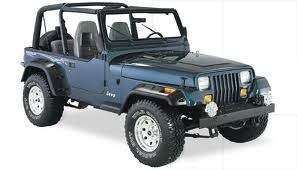 Dan Albrecht, age 57, passed away unexpectedly on Tuesday, July 19, 2011 at Riverside Medical Center in Waupaca. Dan was born June 19, 1954 in Appleton, the son of Bob and Marjorie (Reimer) Albrecht. As a young family, they relocated to California where Dan attended high school, married, and started a family. While in California, he worked for a local hospital and a trucking company. In 2007, he relocated to the Valley, and began working for Graichen Sanitation Service in New London. Dan was a self-taught mechanic and enjoyed working on all kinds of cars, but had a special love for Jeeps. He was also an avid Green Bay Packers fan.

A memorial service for Dan will be held at 11:00 AM on Saturday, July 23, 2011 at the Wichmann Funeral Home, 3212 S. Oneida Street in Menasha with Rev. Tim Albrecht officiating. Friends will be received at the funeral home on Saturday morning from 10:00 AM until the hour of the service. Memorial funds are being established for the American Heart Association or the Alzheimer's Assocation.

To order memorial trees or send flowers to the family in memory of Daniel R. Albrecht, please visit our flower store.