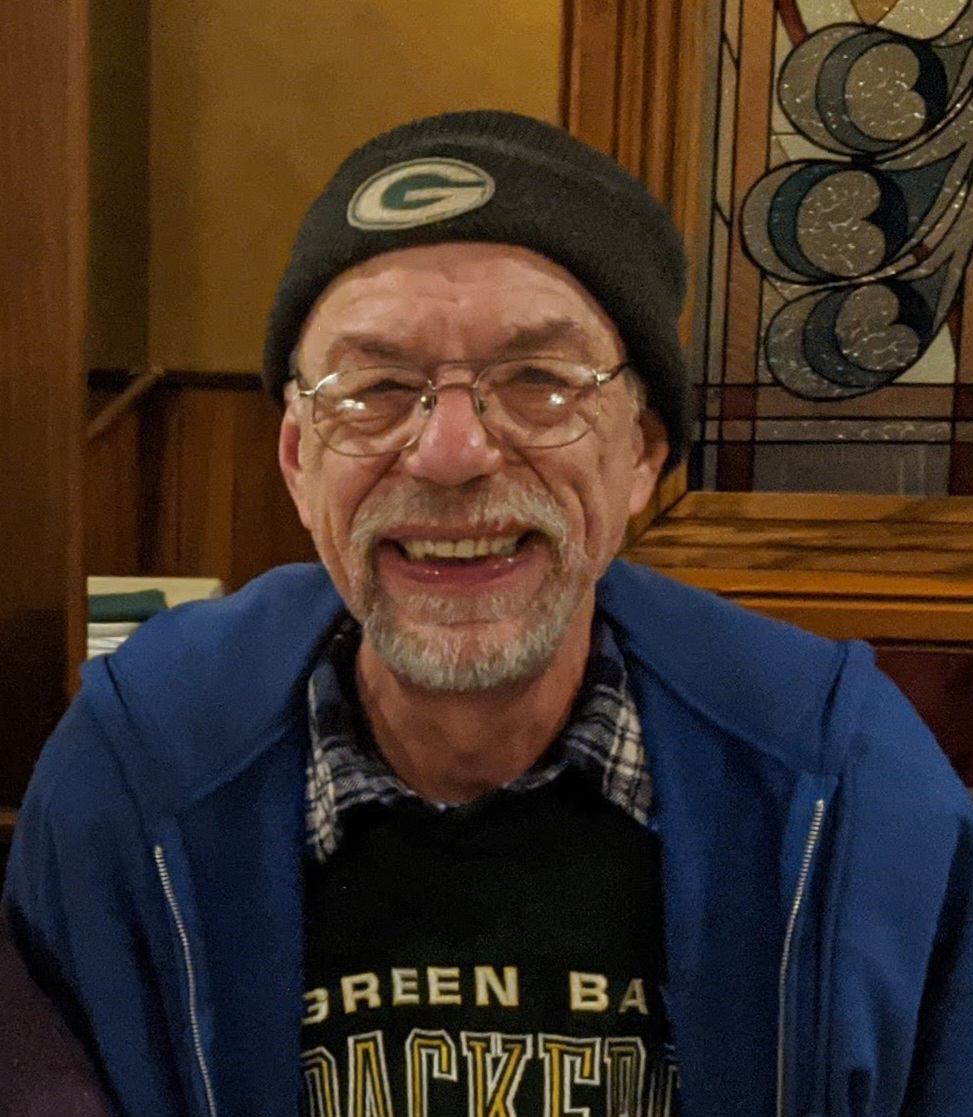 Danny graduated from Appleton West High School with the class of 1975.  On May 2, 1997, Danny married the love of his life, Penny Opelt and together, they cared for their many beloved pets, including dogs, snakes, spiders, cats, ferrets, guinea pigs, rats, mice, hamsters, gerbils, lizards, and pigeons, which earned him the nickname “pigeon man”.  He especially loved his dogs: Joy, Chip, Lulu, and Benji, as well as his cats: Muffin and Rummy Dummy.  Danny loved playing Farkle and would always say “is it Farkle time yet?”  He loved Rock & Roll music and attended as many concerts as he could.  Danny was a very funny and animated storyteller.  Whenever he told a story, you would always feel so immersed in the narrative.  Danny also loved to camp and fish, especially at Back of the Moon Campground, where he and Penny had a camper.

Dan did construction work until working for his parents at the family business, Anderson Resale for over 40 years.  He loved buying, selling, and trading furniture, antiques, and collectibles.  Dan retired in 2017 when his father sold the business.

Dan is preceded in death by his grandparents; his parents, Harry and Dorothy; and his father-in-law, Rudy Opelt.

A funeral visitation will be held for Dan on Monday, June 20 from 2-5 PM at Wichmann Funeral Home, 537 N. Superior St, Appleton, WI 54911 with a funeral service following at 5 PM.  Dan will be laid to rest at Riverside Cemetery.

The family would like to extend a special thanks to Compassus Hospice out of Green Bay for their care and compassion shown during these past few months, especially to nurse Karissa, who always went above and beyond.

To order memorial trees or send flowers to the family in memory of Daniel Lee "Danny" Anderson, please visit our flower store.