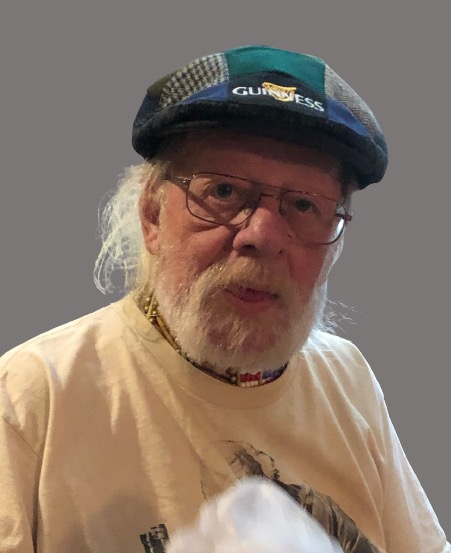 Dale Roger Graves age 71 of Hortonville, died unexpectedly on March 13, 2022. Dale was born August 17, 1950 to Dale D. and Margaret “Maggie” (Schultz) Graves. Dale was brought up in  the Fox Valley and graduated from Fox Valley Lutheran High School.  Upon graduating he began work at Bergstrom Paper Mill.  In 1971, he entered the Army and was soon stationed in Korea.

Upon returning to Appleton, Dale resumed work at Bergstrom.  He retired from the mill in 2006.  Dale was a drum major with two different bag pipe groups, and during his free time would rehearse with them.  He was a great bagpiper and would go to Chicago for clan gatherings.  Dale provided bagpipe instruction across the years.

Dale loved collecting guns, motorcycles and military memorabilia.  He also had a special affinity for sharing a whiskey with his mom.  At one point in his life, Dale had a collection of 19 motorcycles!  Dale was a bit of a renaissance man and was known to show up to family gatherings in fur trader hats and moccasins or in the apparel reminiscent of a Charles Dickens novel.  Dale was also active in the American Legion and was a proud veteran.

Dale is preceded in death by his father Dale D. Graves.

A memorial service for Dale will be held March 25, 2022, at 4pm at Wichmann Funeral Home-Tri County Chapel,  1592 S Oneida Street, Fox Crossing.  Friends and family may gather at the funeral home from 3pm until the time of service.