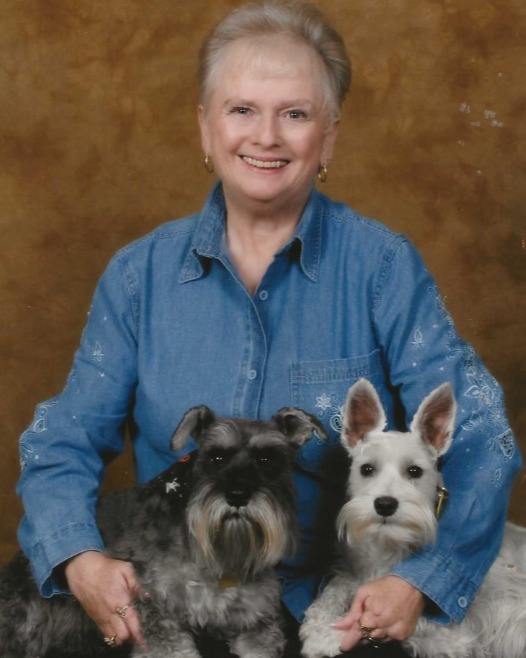 CyAnn Marie Martin (nee Grant) age 79 of Neenah, passed away on October 14, 2022, at Theda Clark Hospital, after a brief battle with Congestive Heart Failure. CyAnn was born March 24, 1943, in the Town of Iola, daughter of D. Robert Grant and A. Gertrude Grant.

CyAnn loved clothing and was always fashionable.   She got a part-time job at Shellenberger-Gregg in Milwaukee and did clerical work to pay for all her clothing and shoes.

After having her children, she went back to school and obtained a BA in Accounting.  Later, she obtained a Master’s Degree in Business from Marquette University in Milwaukee.

She later divorced from Robert and joined Parents Without Partners (PWP) where she met her second husband William “Biff” Martin.  William had two children, Bill and Michelle.  The family moved to Cedarburg, Wisconsin, where she and Biff remained very active members of PWP.

CyAnn worked for Milprint as pricing manager for many years and William and Cy Ann divorced.  Then, Milprint moved to Oshkosh and CyAnn followed her job ending up moving to Neenah 1992.

CyAnn joined the Unitarian Universalist Church in Appleton. As with any organization she joined she became very involved in many of the groups at the church; women’s group, greeter, pastoral search committee, social activism, goddess group and food pantry.

CyAnn also enjoyed time with her family and friends, her schnauzers, playing bridge with friends and online, as well as traveling the world.  Being an avid reader, she also belonged to Book clubs.

CyAnn was preceded in death by her parents Bob and Gertie Grant.  CyAnn is also survived by her children Kathy (Chuck) Wilde and Sean Sullivan, grandchildren Adam (Andrea) Wilde and Tabitha (Tim) Brader.  CyAnn’s delights were her great grandchildren Arvin, Sullivan, Sophia, Bailey and Harper. She is further survived by two sisters Mary (Russ) Zalusky and Carol (Mike) Stolz, and many nieces, nephews, cousins and aunts.

Funeral services will be held at 12:00 Noon on Friday, October 21, 2022, at The Unitarian Universalist Church, located at 2600 Philip Lane in Appleton.

In lieu of flowers, donations to The American Diabetes Association, Arthritis National Research Foundation or the Unitarian Universalists of Appleton would be greatly appreciated.

To order memorial trees or send flowers to the family in memory of CyAnn M. Martin, please visit our flower store.