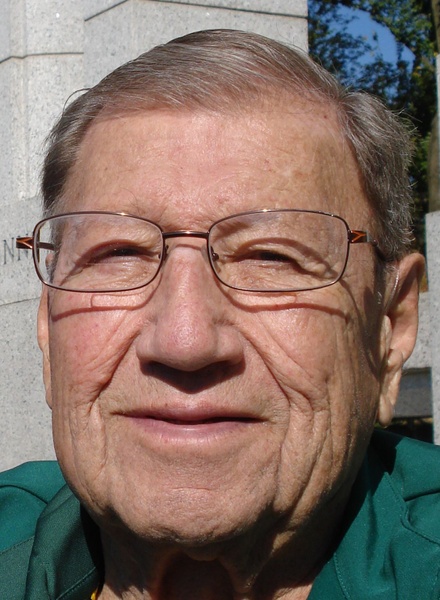 Clinton G. Robson was born in Poynette, WI to Clyde and Iva (Cuff) Robson on October 20, 1933. He went to school at Portage, WI. He married Harriet (Minnema) Robson September 1, 1984, in Franklin, WI. He graduated from Portage High School and Madison Continuation School. He worked as a Master Plumber and owned his own business, Robson Plumbing and Heating for several years. He was a veteran of the Korean War and served in the Army. He was currently a member of Memorial Presbyterian Church, Appleton and had also been a member of other Presbyterian Churches depending on the location of their home. He had previously served as a deacon in two of the churches. He was recognized and had received many awards from the veteran groups. He was a member of the American Legion and the Forty & Eight Organization, having served as an officer in both groups.

Clint is survived by his loving wife, three daughters; Barbara (Tom Helke) Robson, Janice Derr, Mary (Steven) Hensen and one son Stephen Robson, three stepdaughters who were like his own, Susan (Ken) Hady, Sandra (Andy Ievans) Evans, Shelley (Ken) Evans/Klein and one brother-in-law, Richard Minnema and his wife, Rosemary, nine grandchildren and eight great grandchildren. He is further survived by his first wife, Virginia Robson (mother of his children), many nieces and nephews and many special friends at Habitat for Humanity ReStore on the east side of Appleton.

The family of Clint Robson wishes to extend our sincere thanks to a multitude of medical personnel that have been by his side.  We not only lost a husband, father and friend, we lost a man filled with wisdom, charisma, and a great sense of humor.

Funeral services will be held March 4, 2022, at Memorial Presbyterian Church, 803 E College Avenue, Appleton, WI with the Rev. Dr. Michael Goodwin officiating at 2:00 PM. Visitation will be held at the church from 1:00 PM until the time of services.

Memorials to the Habitat for Humanity East ReStore or Memorial Presbyterian Church in Clinton’s name are appreciated.

To order memorial trees or send flowers to the family in memory of Clinton G. Robson, please visit our flower store.