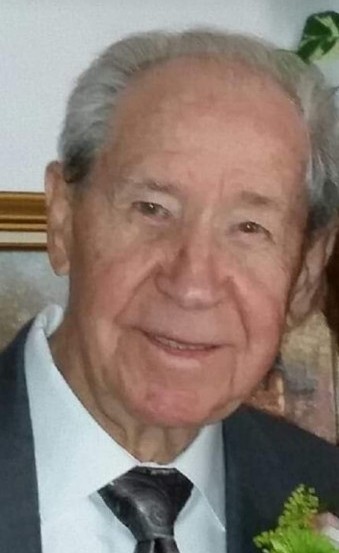 Clifford (Cliff) Harold Forster, age 97, peacefully went to his heavenly home with family at his side, following a brief illness. Cliff loved his Lord and Savior and his family. The world is now missing one of the good ones.

Cliff was born December 4, 1922. He was a WWII veteran, serving as a sonar operator in the U.S. Navy. After the Navy, Cliff met Irene at a wedding dance in Caroline, WI. They were married on Nov. 27, 1947 in Marion, WI. The newlyweds soon moved from New London to Wisconsin Rapids where he was a printer and linotype operator at the Wisconsin Rapids Daily Tribune. While volunteering at Immanuel Lutheran Church, his efforts were noticed by Aid Association for Lutherans (AAL) and he subsequently joined AAL’s Fraternal Life Division, Appleton in 1965. Cliff retired in 1987 from AAL. He was a very active member of Faith Lutheran Church for over 50 years. Cliff had a passion for woodworking, which was shown in the first two homes that he and Irene built themselves. He also enjoyed bowling and rolled a 703 series at the age of 82.

Cliff was preceded in death by his parents, Otto and Meta (Breitenfeldt) Forster; an infant daughter Susan Kay Forster; a son-in-law James Ormson; his sister Marilyn Abraham; all of his in-laws; and many dear friends.

We will miss your loving hugs, your big smile and those twinkling eyes.

Funeral services will be held at Faith Lutheran Church on Thursday, December 19, 2019 at 11 AM. There will be a visitation at the church on Thursday from 9:00 am to 11:00 am. Burial will be later at Greenleaf Cemetery in Marion. Wichmann Funeral Homes, Superior Street Location is serving the family. For more information and to express condolences, please visit www.wichmannfuneralhomes.com.

To order memorial trees or send flowers to the family in memory of Clifford H. "Cliff" Forster, please visit our flower store.