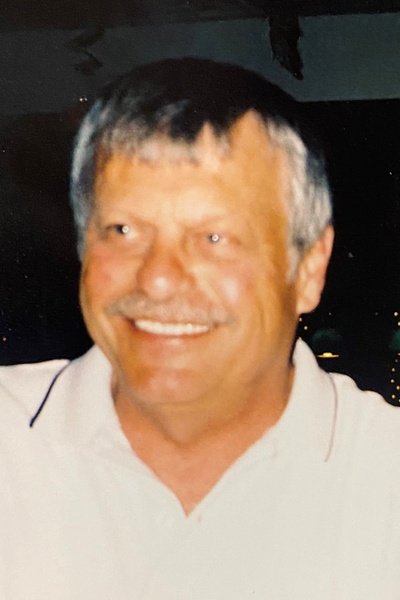 Clifford M. “Bronson” Doering, age 72, of Kaukauna, passed away on November 19, 2021 at home, with his loving wife Sheri and his family at his side. Cliff was born on May 5, 1949 in Appleton, to the late Marvin and Lorraine (Olive) Doering. He was a 1967 graduate of Kaukauna High School and continued his education at the University of Wisconsin, Oshkosh for two years. After he completed his education he worked with the City of Kaukauna Parks Department. Cliff loved his job and was there for 30 years until his retirement. He also served his country as a member of the U.S. Army Reserves.

On September 23, 1972 he married his first love, the former Mary Van Wychen at St. Mary Catholic Church and she preceded him in death on March 16, 2003. He always loved to share his boat by taking family and friends on Lake Michigan fishing for Salmon.

On September 7, 2007 he married his second wife Sharon “Sheri” Doering. When he and Sheri were dating, he enjoyed taking her out fishing too. She never could touch the worm, but she was still able to catch a 21” salmon with Cliff’s guidance.

Cliff loved fishing on Lake Michigan and hunting and was also an avid Packers and Badgers fan. He also loved to travel with family, and was a regular at Trish’s Pop Inn Again on Tuesday mornings, playing cribbage with his buddies.

Sheri and Cliff loved to travel with their special friends, Ricky and Ron Kelly who they shared a time share with. They also spent many winters in Florida.

There will be a visitation at Holy Cross Catholic Church, 309 Desnoyer Street in Kaukauna on Monday, November 22, 2021 from 4:00pm to 7:00pm. Visitation will continue at church on Tuesday morning from 9:00am to 11:00am. Funeral Mass will be held on Tuesday, November 23, 2021 at Holy Cross Catholic Church at 11:00am with Fr. Don Everts officiating. Private burial will be at Holy Cross Cemetery at a later date. For more information and to express condolences, please visit www.wichmannfuneralhomes.com.

A special thank you to Dr. Peterson, and the whole team at St. Elizabeth Hospital as well as the staff and nurses of Moments Hospice, especially Brook and Tyler, who all provided comfort, but also laughter and levity.
In lieu of flowers and other expressions of sympathy, a memorial fund will be established with donations being forwarded to St. Jude Children’s Hospital.

To order memorial trees or send flowers to the family in memory of Clifford "Bronson" Doering, please visit our flower store.