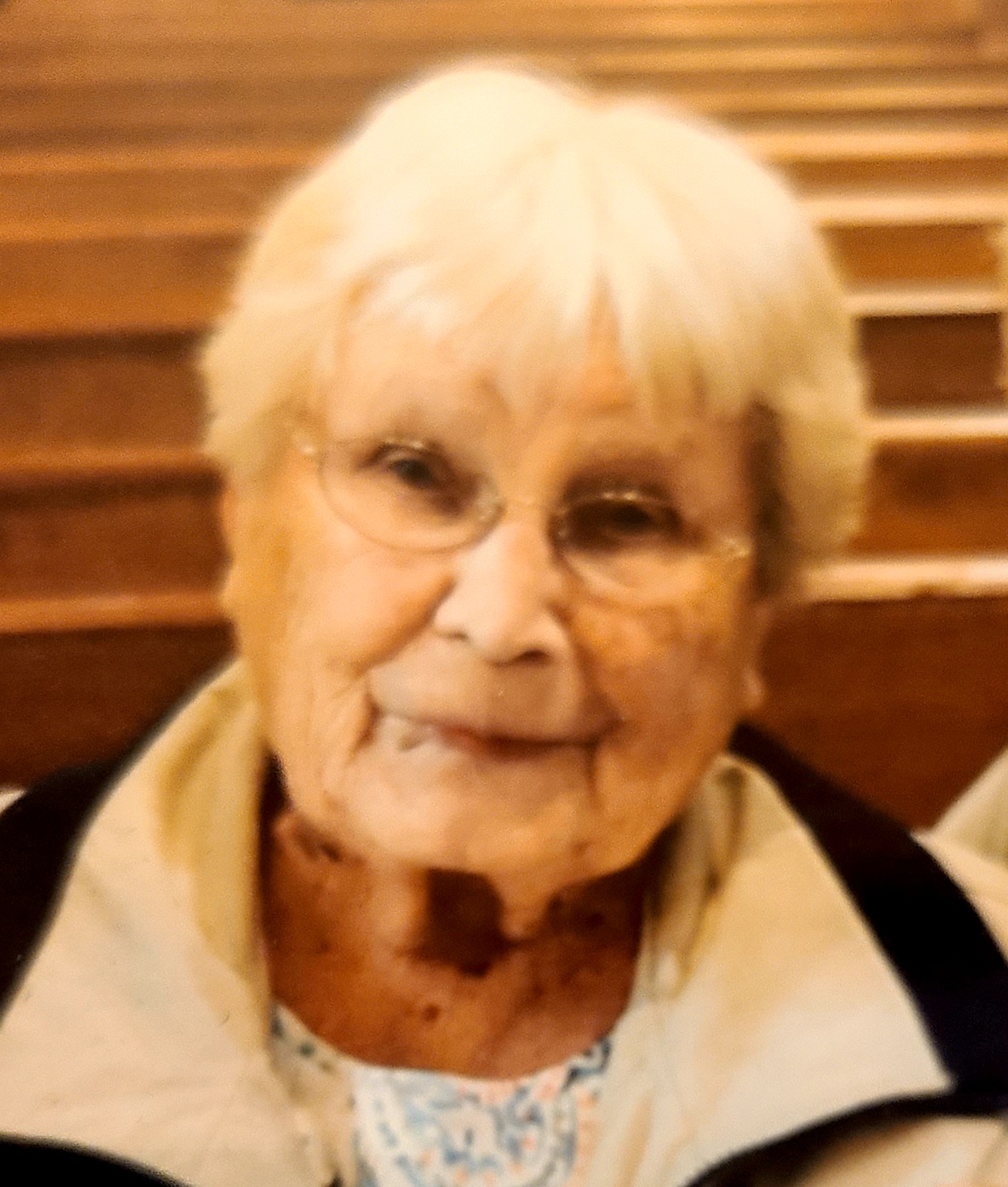 Clarice, one of 10 children, was born on October 23, 1929 to the late John and Geraldine Gerrits. She married the late Frank Islinger on August 10, 1950 and they celebrated 55 years together. Upon marrying Frank, Clarice moved into the Islinger family house in Appleton and the newlyweds lived there with his mother, until she passed, and several of his sisters, until they married. Clarice and Frank remained in the home for the rest of their lives.

It was fitting that Clarice passed at the season of giving.  Clarice was the center of her family and would do anything for them.  She was a wonderful Mom — lovable, hard-working, easy-going and a great cook. Every meal came with dessert. A family gathering wasn’t complete without her German potato salad, cherry tort, and cream cheese dip.  She welcomed everyone to her home and into her heart. Weekends in the summer were spent at the ballpark in Freedom and Little Chute watching some of her brothers play baseball, followed by a cookout and keg of beer at one of the family’s houses.  There was card-playing and lots of fun until dark. Clarice also enjoyed playing cards for nickels on an occasional weekday with her sisters.  Other weekends were spent visiting Islinger and Gerrits relatives.

She loved making cookies and candy for Christmas which was a real family affair with lots of laughing among the sisters.   Christmas-time also meant round robins. She hosted every holiday for the whole Islinger clan, and made all the food herself. She liked planning the meal and started making dishes days ahead. She spent countless hours cross-stitching with love a baby blanket for every great-grandchild born – 19!  That is a lot of stitches!!!!

A Funeral Mass will be celebrated for Clarice at 11 AM on Friday, December 3, 2021, at Sacred Heart Catholic Church, 222 E. Fremont Street, Appleton. Family and friends may visit at the church from 9 AM to the time of the mass. Interment will follow in St. Joseph Catholic Cemetery, Appleton.

The family would like to thank Dr. Lauren Barlow (granddaughter-in-law) and other staff of Ascension St. Elizabeth Hospital for the medical advice and compassionate care during this difficult time.

Please leave a special message or condolences for Clarice’s family below.

To order memorial trees or send flowers to the family in memory of Clarice M. Islinger, please visit our flower store.