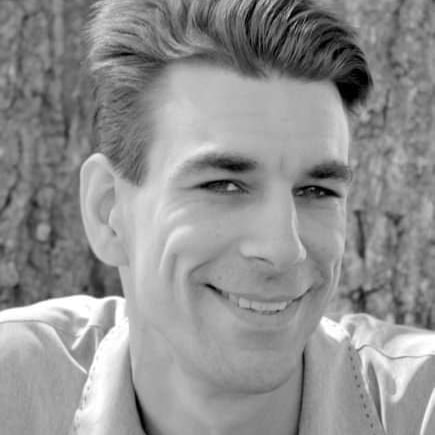 Christopher Stevens-Baumann, Appleton, aged 52, passed away on September 1st, 2021 after a courageous battle with cancer..  He was surrounded by his loving  family and “F*ckin Perfect” by Pink (the same song he danced to with his eldest daughter at her wedding) was playing in the background.

Christopher was born on June 9, 1969 to James and Jean Baumann in St Paul, Minnesota.  Chris attended St. Louis Park high school. On February 14, 1992, he married his high school sweetheart and the love of his life, Carrie Ann Stevens. Chris and Carrie have two children, Nicole and Kai, who were also his everything.

On January 12, 1995 Christopher graduated from the Brown Institute of Radio Broadcasting in Minneapolis, MN.  He worked at a variety of radio stations in Wisconsin and Minnesota. Chris also worked as a DJ playing music at weddings and other events, helping people to let loose and have fun with the music and each other.  Christopher had many different jobs in the Appleton area, most recently at Fed-Ex.

The family would like to express their appreciation for Chris’s fellow employees at the kindness they showed him while he continued to work when he was battling cancer during this past year.

Christopher loved playing golf, especially with his mom. In addition to his love of music, Chris enjoyed horses, his Mustang GTO, energetic dogs, fixing things, telling jokes and memorable stories, hot black coffee and the occasional cigar.  In recent years, he loved volunteering at Green Bay Fear Haunted Attractions with his eldest daughter, Nicole. This is where Chris had developed the unique ability to scare the daylights out of children and adults alike in a quiet, non-aggressive way. His talents will be missed by the other volunteers and patrons.

When Chris was diagnosed with cancer last year, he adopted a positive attitude and a determination that he would beat this thing. He faced cancer, radiation treatments, and chemo with great courage. Chris’s work ethic kept him going to his job until just a week before his passing. His sense of humor remained with him even to his final few days, when he requested that his body be “Fried to a crisp, put in a coffee can, and stuck in the Mustang.”

Chris is survived by his beloved wife, Carrie, his two loving children, Nicole and Kai (WI); his mother and step-father, Jean Baumann and Tom Loucks; his father and step-mother James and Ruth Baumann; his four siblings; his in-laws Joe and Sandy Stevens, Jason and Lourdes Stevens, Amanda and Dave Fancher, and Joe and Carrie Stevens, aunts and uncles, cousins and many nieces and nephews. Many people, relatives and friends, will miss Christopher’s youthful outlook on life, his sense of humor, and his ability to fill in the quiet spaces of any conversation.

Christopher’s family would like to thank the compassionate, knowledgeable care from the ThedaCare Oncology Department and the Hospice team that both Chris and the family received during this difficult time.

Please join Christopher’s family in a celebration of his life on Sunday, October 17th, from Noon to 3pm at 1951 Bond St, Green Bay, WI.  Share your favorite Chris memory and enjoy some of his favorite foods and tunes. A Cigar Lighting Ceremony and Vehicular Entombment will be held at 12:30, with reception held after.

To order memorial trees or send flowers to the family in memory of Christopher Stevens-Bauman, please visit our flower store.