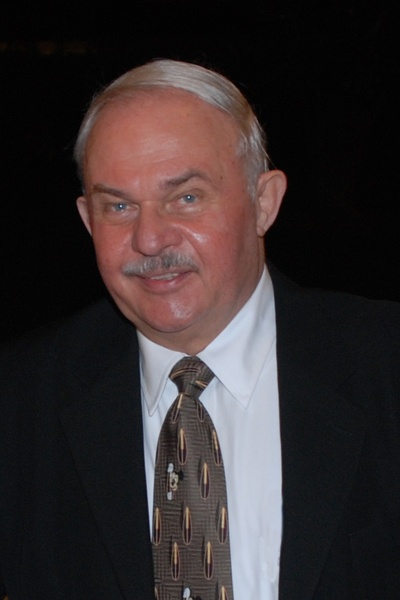 “How lucky I am to have something that makes saying goodbye so hard.”

Charles Robert Reff died on March 3, 2022. He was born on May 2, 1940 in Oshkosh, Wisconsin to Marie and Charles B. Reff. Chuck was a graduate of Oshkosh High School and received a Bachelor of Business Administration degree from the University of Wisconsin Madison where he was a member of the Delta Sigma Pi fraternity.

Chuck enlisted in the US Army upon graduation from college and was stationed in Japan serving in Army intelligence. After his service in the Army, he worked for a US intelligence agency in Vietnam.

On June 21, 1969, Chuck married Cinny Liebich in Elkhart Lake, Wisconsin. They lived in Milwaukee and Manitowoc before they moved to Appleton in 1985. Chuck and Cinny had their son, Rob, while living in Manitowoc.

Chuck worked for Globe Union in Milwaukee, Hayssen Manufacturing in Sheboygan, and Manitowoc Company in Manitowoc before accepting a job at Fox River Paper in Appleton where he retired from in 2005. He held positions in safety and human resources in all these companies and was an active member of the community.

Chuck is survived by his loving wife and best friend, Cinny of 52 years and their son, Rob and his wife, Sarah, who was more of a daughter than daughter-in-law, of Green Bay as well as their four cats (who turned Chuck into a cat person). He also leaves behind his brother Russ, sister-in-law Kathy, and nephew Jordan, all of Oshkosh, his sister-in-law Christine Liebich and brother-in-law Carl Liebich both of Plymouth, Wisconsin. He will also be missed by many Lawrence staff and students, past and present, as well as many dear friends and great neighbors.

His is preceded in death by his mother Marie Reff, his father Charles B. Reff, his mother-in-law Florence Liebich, and his father-in-law Harold Liebich. Per Chuck’s wishes, there will be no funeral service. Memorials may be made to WI Parkinson Association (16655 W Bluemound Rd, Ste 330 Brookfield WI 53005) or the charity of your choice.

To order memorial trees or send flowers to the family in memory of Charles Robert Reff, please visit our flower store.