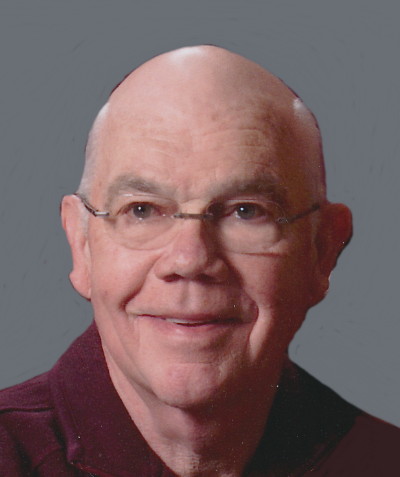 With his family at his side, Chuck was taken into the loving arms of his Savior on July 22, 2011. He was born in Appleton on September 27, 1942, son of the late Adolph and Edith (Goettlicher) Krueger. On October 18, 1942, he was baptized at St. Paul Ev. Lutheran Churchin Appleton and was confirmed in the faith on March 25, 1956. He graduated from Fox Valley Lutheran High School in 1960. On May 9, 1964, he was united in marriage to Leta Neumann at Mount Olive Ev. Lutheran Church. Chuck worked for Appleton Wire and Valleycast / Luvata. Due to his health, he retired in 1998 after thirty-six years of service. He loved spending quality time with his family and adored his grandchildren. Hunting, fishing, working outdoors, reading, and cooking were his passions.

Chuck is survived by his wife: Leta Krueger of Greenville; two children: Scott Krueger of Appleton and his children Ashley and Alex; and Kara (Greg) Wichman of Bonduel and their children Alicia, Cody, Collin, and Morgan; a sister: Bonnie (Ray) Kersten of Appleton; a brother-in-law: Gary (Christine) Neumann of New London; his mother-in-law: Mildred Neumann of Greenville; his aunt and Godmother: Alice Derfus of Neenah; and many nieces, nephews, cousins, and friends. Chuck was preceded in death by his father-in-law: Kenneth Neumann.

The Christian Funeral for Chuck will be held at 11:00 AM on Tuesday, July 26, 2011 at MOUNT OLIVE EV. LUTHERAN CHURCH, 930 E. Florida Avenue in Appleton with Rev. Robert Raasch officiating. Entombment will follow in Highland Memorial Park. Friends may call directly at the church on Tuesday morning from 9:00 AM until the time of the service.

The family would like to offer their sincere thanks to everyone who cared for and about them during these difficult days. They include the pastoral staff from Mount Olive, Nichol Frank from Primary Care Associates, Donna Rogers and everyone at AMC's Oncology Department, Paul Mintzlaff and everyone at Theda Care At Home, as well as the countless family and friends who offered their prayers, wishes, and support. We will never forget your kindness.

Jesus answered him, “I tell you the truth, today you will be with me in paradise.” Luke 23:43

To order memorial trees or send flowers to the family in memory of Charles N. Krueger, please visit our flower store.