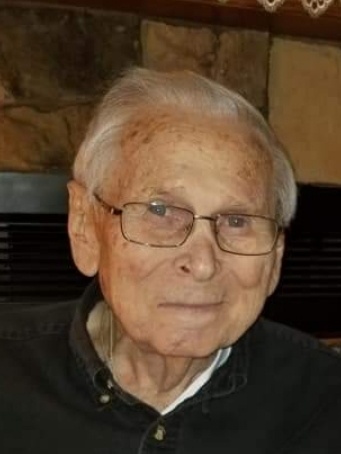 Charles Claude Lemerand, passed away at peacefully at Thedacare Regional Medical Center in Waupaca, one day shy of his 91st birthday.  Charles was born on December 28, 1930, in Milwaukee, son of Claude and Elizabeth (Jank) Lemerand.  He was a  graduate of Milwaukee North Division High School in 1948. He then served for two years as a Marine being stationed in Hawaii.  After returning home, he worked in several movie theaters through out the Milwaukee area. Charles then took a job with We-Energies, ultimately becoming a power plant shift supervisor. He retired after 30 years.

Charles enjoyed anything with wings; which included watching birds at his numerous birdfeeders, and had an extensive collection of bird and angel statues. But mostly, he was a Donald duck fanatic. Collecting anything with Donald Duck on it. Lastly, he was also known for his extensive use of the camera when around family members which always included humorous close-up shots of noses and eyes.  Charles was a member of the Knights of Columbus in Ripon, WI.

He is survived by his three sons: Timothy (Linda) Lemerand, Steven (Carol) Lemerand, and Andrew (Susan) Lemerand; eight grandchildren; and eight great grandchildren.  He is further survived by his sister; Delores Engelke; and former wife: Mary J. Laabs.  He was preceded in death by his parents, and his brother-in-law who was also his best friend: Harold Engelke.

To order memorial trees or send flowers to the family in memory of Charles C. Lemerand, please visit our flower store.