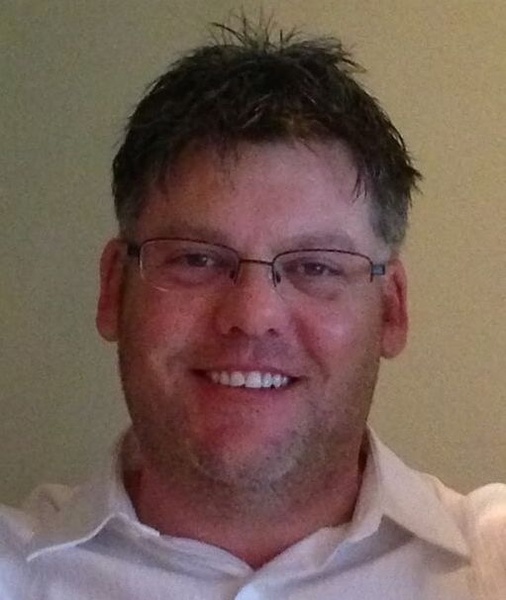 Chadwick Andrew Glasow, age 47, passed away peacefully in his sleep on Saturday, May 12, 2018. Chadwick was born in Appleton on June 10, 1970, son of the late Robert and Lorraine (Biedenbender) Glasow.

Chadwick will be best remembered for his lengthy and successful career in the competitive downtown Appleton bar business. He began as a bartender at Jim’s Place, and later became the manager there. He then bought The Philing Station, and after extensive renovation, began to realize his dream of designing and building his own bar, which is now known as Chadwick’s.

Chadwick was a guy with countless attributes that appealed to all he met. He had a common sense approach to everything he involved himself with, and always seemed to have a knack for pin-pointing and solving problems. He was also able to produce a number of facial expressions that communicated his opinion to his friends and employees in a flash. He coached his staff with a beautiful mixture of firmness and gentleness, and he was respected for his ability to know what approach was best.

He was many things to many people. Chadwick was a loving brother, a confidante, and a mentor. His kind-hearted nature, infectious grin, and dry sense of humor endeared him to all that knew him. His ability to deliver perfectly timed one-liners was unsurpassed. Chadwick enjoyed hunting, golfing, and working on the tired, old local duplex which he remodeled into a beautiful, single family home with skills he learned from his dad, who was a carpenter.

Chadwick is survived by his two loving sisters: Stacie (Larry) Carbone of Dublin, Ohio and Stephanie (Mike) Stenz of Green Bay; a niece: Alexa Carbone of Chicago; and a nephew: Paxson Carbone of Columbus, Ohio. He is also survived by many cousins, friends, colleagues, and patrons. He was preceded in death by his parents, Bob and Lorraine Glasow.

Family and friends are invited to gather to remember Chadwick on Sunday, May 20, 2018 from 2:00 PM until 5:00 PM at the Wichmann Funeral Home, 537 N. Superior Street in Appleton. At 5:00 PM there will be an opportunity to share memories before the group departs to celebrate Chadwick’s life and times downtown.

To order memorial trees or send flowers to the family in memory of Chadwick Andrew Glasow, please visit our flower store.