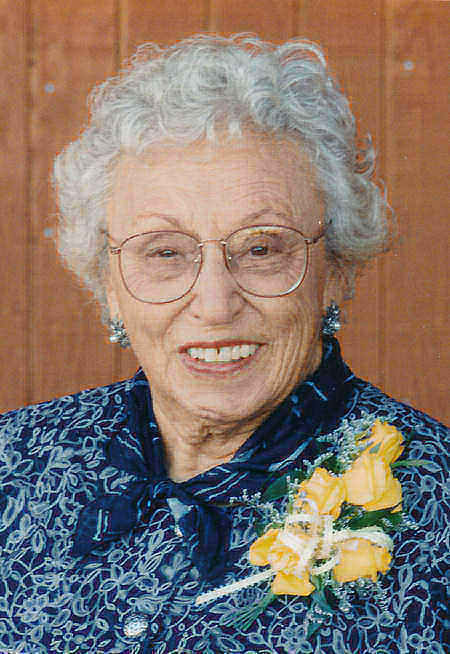 Carolyn was a lifelong practicing Catholic who found great peace in her religion. She was a member of St. Bernard Catholic Parish. She was valedictorian of her high school, a member of Catholic Daughters of the America's, and the Christian Mothers. She was a Toast Mistress: her speech 'Compassion' won at the local and council levels, taking her to Regional's. She worked at Appleton West High School for Zaug's/Wright Vending after her kids were in school. She enjoyed cards, especially bridge, and the camaraderie it brings. She was proud of the successes of her kids and grandkids often remarking that “I bask in the reflected glory of my children”. She will be remembered as a loving wife, mother, grandmother, and great-grandmother.

The funeral liturgy for Carolyn will be held at 11:00 am on Tuesday, October 30, 2012 at St. Bernard Catholic Church, 1617 W. Pine Street, Appleton. Msgr. John Schuh and Fr. Dennis Ryan will be officiating. Interment will take place at Highland Memorial Park in Appleton. A visitation will be held at the church on Tuesday from 9:00 am until the time of mass. Online condolences can be expressed at www.wichmannfargo.com. A memorial fund is being established for the Appleton West Field Project in the name of Carolyn and Herbert Simon.

“Remember my faith tells me there is a better place! I firmly believe in a Heaven and hope we will all meet there someday. Be happy for me – I had a good life and loved you all!” Mother

Mom, you were always there for us with your kindness, your humor and your generous spirit. May you now find joy as the angels lead you into Paradise to join your beloved husband, Herb.

The family would like to extend a sincere thank you to the staff at Carolina Manor for their attentive care and compassion during Mother's stay. Special thanks to all the friends, family and church members who came to visit and spend time with her during the past two years.

To order memorial trees or send flowers to the family in memory of Carolyn (Caroline) T. Simon, please visit our flower store.