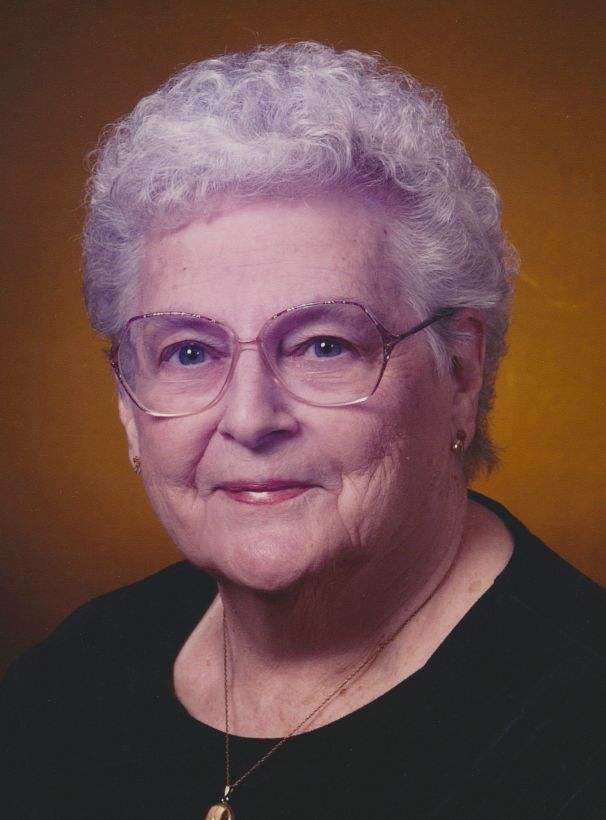 Caroline (nee Lindow) Fitz Luebke passed away at her apartment on Thursday afternoon, December 14, 2017. She was born in the Clark County town of Fremont (Chili) on April 7, 1920, daughter of the late Charley and Lucinda (Happe) Lindow. Her older sisters were Helen Marie Grimm and Marian Lucinda Lindow. She attended Cozy Corner Grade School in the town of Fremont and later, Neillsville High School. After graduating from high school, Caroline worked in the county treasurer’s office for a time, then moved on to work as a secretary to the Vice President of Nekoosa - Edwards Paper Company in Port Edwards. She always said he was considerate and kind, and taught her to obey orders and be respectful. While there, she met George Christoph Fitz, a paper salesman, and they married on May 19, 1948.

After their marriage, they moved to Appleton where Caroline worked At Fox Tractor Company, while George worked at Universal Paper Company as a salesman. On October 16, 1950, a daughter Linda Carolyn Fitz was born, and on January 9, 1953, a son Gary George Fitz was born.

During Caroline’s years of raising a family, she was extremely active in her church Emmanuel United (Brethren) Methodist. Her passion had always been music. She played many different instruments, including piano, organ, accordion, trumpet, and autoharp. She also sang in a trio, a quartet, and a sextet that was sponsored by the American Legion. The ladies called themselves the “Harmonettes”, and after many competitions, placed 1st in the national contest held in New Orleans in the late 1960s. In addition, Caroline continued to sing in church, for friends and relatives, and most recently in Touchmark’s choir, “the Troubadours”.

Caroline had always been quite creative, and constantly had projects evolving. She made over thirty intricate cross stitch pictures and crocheted numerous, beautiful afghans which she gave as gifts to her family. Caroline also crafted home décor, Christmas decorations, quilts, and even dabbled in oil painting.
Caroline and George also belonged to “The Castle Club” dance club with many friends. They loved to bowl and golf in leagues, and Caroline was once able to claim a prestigious “hole-in-one”. Caroline was a wonderful mom, always making sure the children were active in a variety of activities, including church, music, sports, skiing, punt-pass & kick, soap box derby, and Girl and Boy Scouts. She also instilled a desire to travel in her family.

On July 24, 1974, Caroline lost her beloved George to a hit and run accident, while he was on a business trip in Marshfield.

On May 20, 1982, Caroline became a Grandma to Mackenzie Lynn Maves and on November 18, 1983, to Krista Leigh Maves. Between those two births, Caroline married Robert Luebke, a longtime friend from church. On February 27, 1993, Caroline became Grandma once again to Mariah Lynn Fitz and then again on October 13, 1994 to Ryan Christopher Fitz. Robert and Caroline traveled to Europe and visited many local places during their marriage. Their blended families happily formed one complete family. Lois and her husband Pete, Martha and her husband John, and Bill and his wife Francoise joined Linda and Gary and enjoyed being together on many occasions. Caroline’s family had then grown to five children, eight grandchildren, and six great-grandchildren.

In 2009, Bob and Caroline moved to Touchmark on Prospect. Sadly, her wonderful and interesting Bob passed away in 2010. Caroline enjoyed the many activities in which she participated in while at Touchmark, as well as her frequent visits with family and friends.

She was preceded in death by her parents, her husbands George and Bob, sisters: Helen and Marian; and by George’s siblings: Edward, Julius, Leonard, Wanda, and his twin sister Emma.

A funeral service for Caroline will be held at 11:00 AM on Saturday, December 23, 2017 at the WICHMANN FUNERAL HOME, 537 N. Superior Street in Appleton, with Pastor Ben Morris officiating. Interment will be in Highland Memorial Park. Family and friends are welcome to gather at the funeral home on Saturday morning from 10:00 AM until the time of the service.

Caroline’s family would like to share a special and heart-felt thank you to the staff at Touchmark who showed her such loving care. They too, became just like family.

To order memorial trees or send flowers to the family in memory of Caroline Fitz Luebke, please visit our flower store.