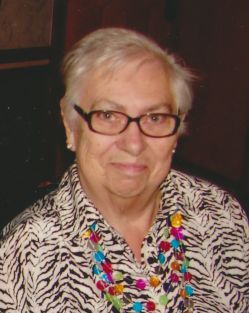 She enjoyed being active in St. Thomas More bingo, helping to set things up. She also helped with the annual parish picnic. Carol loved shopping with her daughter and talking with her favorite retail workers.

The Funeral Liturgy for Carol will be held at 11:00 a.m. on Friday, December 18, 2015, at ST. THOMAS MORE CATHOLIC CHURCH, 1810 N McDonald St. Appleton, with Father Gerald Falk officiating. A time of visitation will be held from 9:30 a.m. until the time of Mass. Online condolences may be expressed at www.wichmannfargo.com

A big note of thanks to the ICU unit and all the special nurses at Theda Clark Medical Center for the care of Carol and the care and sensitivity with her special needs daughter.

To order memorial trees or send flowers to the family in memory of Carol Edelman, please visit our flower store.