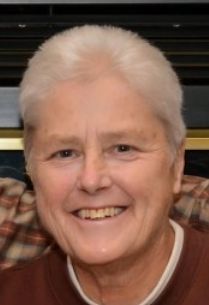 Carol Ann Eskofski (Koplien) passed away after an almost 3 year battle with cancer at ThedaCare Cherry Meadows on September 20th, 2018 at the age of 69.

Carol was born in Weyauwega, WI on December 19, 1948 and worked on the family farm. She graduated from Weyauwega High School in 1967 and went on to earn her Licensed Practical Nursing degree from Fox Valley Technical Institute. She worked as a Pediatric LPN in the Intensive Care Nursery of ThedaClark Hospital until she and Bill had their first child. While raising her children, Carol also babysat for many other children in her home. Once her children were grown, she reentered the workforce first at Red Owl and then to Plexus in Neenah. She retired as a Supervisor from Plexus in April 2006. After early retirements, Carol and Bill cared for their grandchildren (Katie, Will and Korbin), which brought them tremendous joy.

Carol and Bill were inseparable and were often found tending to their yard and flower beds. Carol had a great love for gardening which was reflected in the beautiful gardens surrounding their home. She and Bill worked tirelessly to create this stunning setting enjoyed by their family and friends, as well as the many birds that frequent the feeders.

A casual celebration of Carol’s life will be held at Wichmann Funeral Home - Laemmrich Chapel, 312 Milwaukee Street, Menasha on Monday, September 24th at 7:00 PM with Deacon Don Schultz officiating. Visitation from 4:00 PM until time of service. Private interment at Oak Hill Cemetery. A memorial fund will be established in Carol’s name.

To order memorial trees or send flowers to the family in memory of Carol Ann Eskofski, please visit our flower store.