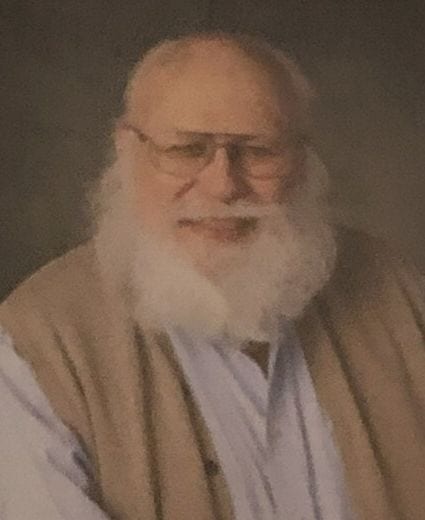 Carl Nelson Smith passed away in his sleep December 22, 2020 in his home, at the age of 91.  Carl was born on May 6, 1929 to the late James H. Smith and Irma M. Smith (Fischer) in the Town of Harrison.  He spent his first career working at the Institute of Paper Chemistry in Appleton and followed them to Atlanta when the Institute of Paper Science relocated.  After he retired, he moved back to Appleton and soon was working at Integrated Paper Services, retiring again in 2013.  Throughout his life, Carl was known for his mechanical ability and ingenuity. Carl enjoyed playing Sheephead, working in his garden and investigating whatever caught his eye either in the newspaper or in the back yard.

Carl is survived by his wife Eileen (Kasper), two sons; Mike (Diane Diedrich) Smith and their children Mike, Kelli, Steve and Janelle; Tom (Donna Morton) Smith and their sons Todd Morton and Chad Morton; three daughters: Carleen Smith; Pat Ellenbecker and her daughters Heather and Danielle; Kathy (John) Joseph and her daughter Amy; grandsons Cal and Gavin Smith; and daughter-in-law Vicky Moen.  He is also survived by two sisters, Susan Manalli of Anderson, South Carolina and Dora Lee Bryan of Gainesville, Florida, and a brother-in-law, Jesse Kasper. He was preceded in death by his parents, brothers James and Raoul, his sister Nancy and his son Lee.  At the time of his passing, Carl and Eileen had 24 great grandchildren and 8 great great grandchildren.

Carl always chose to do things his way during his life.  In the summer of 1945, at the age of 16, he hitchhiked from Appleton to California, working odd jobs along the way.  He found employment on Cannery Row in Emeryville, California and because of his mechanical skills, was soon supervising a production line there.  After several months, the owner of the cannery found out how old he was and soon Carl was headed back to Appleton where he finished high school. He met Eileen through his friend (and her brother) Don Kasper and they married in 1950, celebrating 70 years together on October 14, 2020.

Funeral Liturgy will be Monday, December 28th at Sacred Heart Catholic Church.  Family visitation will start at 10:00 AM and Mass will be officiated at 11:00 AM by Father John Katamba.  Interment will be at Highland Memorial Park following Mass. The funeral liturgy for Carl can be viewed via livestream on Monday December 28th at 11:00 AM through Carl’s obituary page.

The family would like to extend a special thank you to Father Katamba at Sacred Heart, the Theda Care at Home Hospice nurses and the Home Instead staff who assisted him and Eileen. A memorial is being established for the family.

To order memorial trees or send flowers to the family in memory of Carl Nelson Smith, please visit our flower store.