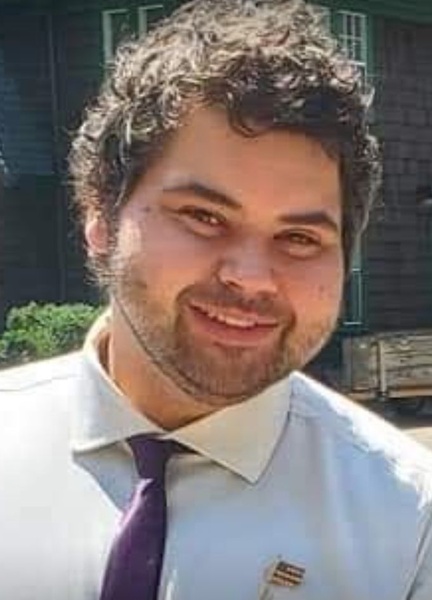 Bryce Mathew Paine, age 27, passed away unexpectantly on Sunday, January 30, 2022, from heart failure. He was born in Appleton on February 18, 1994, the son of Christopher Paine and Carolyn “Carrie” Paine.

Bryce was a mass server as a young boy at Sacred Heart Catholic Church. As an adult, he often volunteered with his parents at Sacred Heart functions. Bryce also volunteered at Orphan Animal Rescue Sanctuary Inc. He had a great love for animals. Bryce was also willing to lend a hand to anyone in need. The last several years he lived with his grandmother and took good care of her.

What made Bryce’s life amazing was his huge heart, but his heart is what ultimately took him from us. He will be remembered most for his gentle mild manner, his huge smile, his fun personality and his love for family and friends. “Brown Bear” really was a teddy bear who gave the best hugs! He loved being in and by the water and was a “fish” at a young age. Bryce enjoyed cooking and baking. He mastered many of his great grandmother’s recipes. He also enjoyed writing and producing films. He was very close to completion in his studies at San Diego Arts Institute. He also enjoyed designing t-shirts.

Bryce is lovingly survived by his parents, Christopher and Carolyn Paine of Neenah, his brother Bryan Paine and Krista (Schmitz) Paine of Menasha, Grandma Carole Cowan of Appleton, Grandparents Charles and Carolyn Paine of Green Bay and numerous aunts, uncles, cousins, other relatives and good friends. Bryce’s cat Cheddar will miss his daddy. Bryce is preceded in death by his grandfather James E. Cowan.

The funeral liturgy for Bryce will be held on Friday February 11, 2022, at 4:00 PM at Sacred Heart Catholic Church, 222 Fremont Street, with Fr. Donald Zuleger presiding. Visitation will be held at the church from 2:00 PM until the time of services.  There will be additional visitation for Bryce at Wichmann Funeral Home Tri-County Chapel, 1592 Oneida Street, on Thursday, February 10th from 3:00 PM until 7:00 PM. In lieu of flowers, memorials to the Orphan Animal Rescue and Sanctuary, 810 Commercial Street, Neenah in Bryce’s memory are appreciated.

Bryce’s family would like to thank the Appleton Police Department, the Appleton Fire and Rescue Department and the Outagamie County Coroner’s Office for their empathy and kindness in their time of need.

To order memorial trees or send flowers to the family in memory of Bryce Matthew Paine, please visit our flower store.