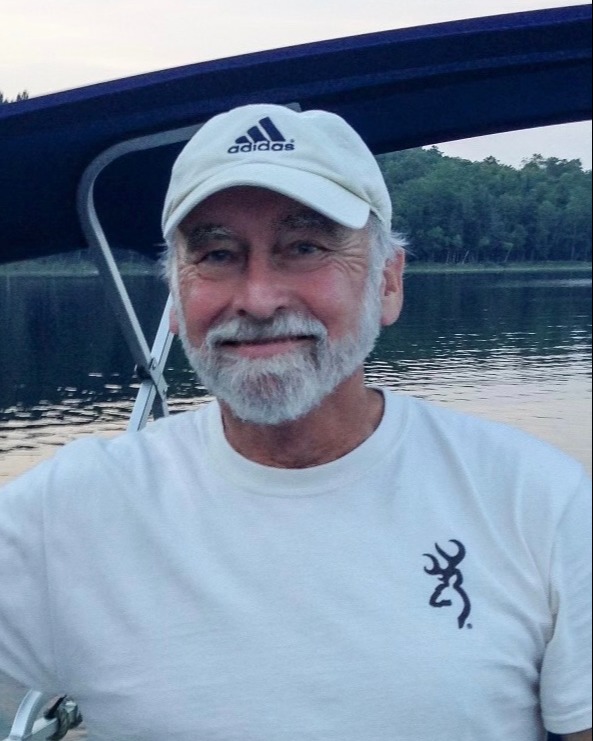 Bruce A. Lindsay passed away peacefully surrounded by his loving family on Sunday, January 1, 2023 at age 74.

He was a 1967 graduate of Ripon High School and attended UW-Oshkosh. He went on to earn an apprenticeship through Pennsylvania State University. He worked as a sprinkler fitter for 35 years in various roles and mentored many others along the way until his retirement in 2004. He was a member of Local Union 669 for over 50 years. He served in the Wisconsin National Guard from 1970 to 1976. He was proud of his service and became a strong supporter of veteran causes.

Bruce was an enthusiastic outdoorsman and loved being in nature. His happiest times were spent mowing his walking and hunting trails, fishing, duck and deer hunting with his sons and lifelong friends. He enjoyed boating, camping and cooking over an outdoor fire and bird watching. He had a special affinity for attracting hummingbirds to his backyard sanctuary.  Bruce always had a Labrador retriever by his side and a special talent for training excellent hunting dogs. To his family and friends he was known for his playful sense of humor, innovative handyman skills, and calm courage in tense situations. Spending time with his grandchildren brought him the greatest joy and the biggest smiles. He was a great cook and made a mean Wisconsin Bloody Mary.

He is survived by his wife, Peggy Lindsay, of 41 years. He is also survived by his children, Colleen (Grant) Billings, Naples, FL; Kelly (Robert) Block, Manitowoc, WI; Andrew (Amber) Lindsay, Combined Locks, WI; and Adam (Molly) Lindsay, Sun Prairie, WI.  He is further survived by his seven grandchildren: Graham Billings, Megan Block, Ashley Block, Nora Lindsay, Abram Lindsay, Lennon Lindsay, and Pippa Lindsay. He is also survived by siblings Bryan (Maggie) Lindsay and Karen (Peter Hunnicutt) Lindsay. He was preceded in death by his parents, Keith and Eunice Lindsay and his grandparents. He especially treasured the time he spent as a child and young man with his grandparents, Arthur and Wilda Hoke on their farm in Antigo, WI.

A Celebration of Life for Bruce will take place at Wichmann Funeral Homes, 537 N. Superior St, Appleton, WI 54911 on Sunday, January 15th.  Visitation will be between 1:00 – 3:00 pm, with a program of remembrance at 3:00 pm. In lieu of flowers, the family requests donations to the Tunnel to Towers Foundation in honor of Bruce’s commitment to support veterans in need at Tunnel To Towers Foundation or at t2t.org/donate.

To order memorial trees or send flowers to the family in memory of Bruce A. Lindsay, please visit our flower store.