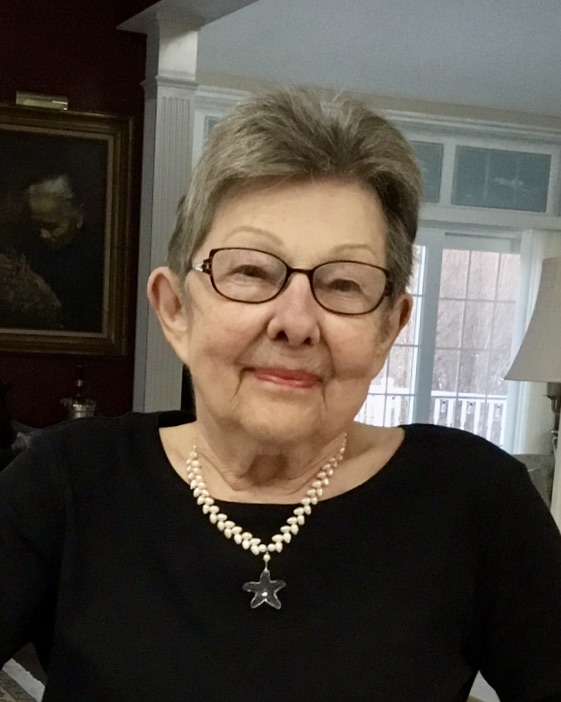 Bonnie (Ripp) Peterson passed away peacefully after tender goodbyes from her family. She bravely faced a lengthy illness and was lovingly cared for in her home by her devoted husband of 69 years, Pete.

Bonnie was born in Sparta, WI on April 20, 1935 to Herman and Ella (Nauman) Ripp. A stellar student with a love of learning, she graduated from Sparta High School in 1952.

On Nov. 15, 1952, Bonnie married her high school sweetheart, Harold (Pete) Peterson- a love story that included travel around the United States as Pete served in the US Airforce and pursued a career with Kimberly-Clark.

During their marriage, Bonnie was first employed at a variety of banks. While raising her young daughters, Bonnie found time to sew, knit, and volunteer while creating a lovely home environment. Later, Bonnie returned to work at Kimberly-Clark until her retirement.

In retirement, Bonnie continued her adventures with Pete, enjoying several trips to Europe and the East Coast of the United States. Annual fishing trips to Ontario at their daughter and son-in-law’s lodge created special memories. And for many wonderful years, Bonnie and Pete spent their winters in Florida at their condo in Panama City Beach and later, Solavita, in Poinciana. While in Florida, Disney trips with family and friends were always a highlight.

As a grandmother, Bonnie considered her grandchildren her “treasures”. She especially loved playing with them, attending events, and staying connected through the years.

Bonnie is survived by her husband, Pete; her daughters, Linda (David) Becker and Patricia (David) Quandt; and her grandchildren, Ethan (and his girlfriend, Rachel) and Jordan Quandt.

She is further survived by her brothers, Herman Ripp and David (Jana) Ripp; her sister, Carol Nichols; and her brother-in-law, Bill Harrie, as well as many nieces and nephews.

Bonnie will always be cherished as a wife, mother and grandmother who above all else, generously loved her family. For her generous love, we are forever thankful.

The family would like to express sincere gratitude for the care provided by ThedaCare At Home Hospice, especially Lorraine, Ida, Dawn, Robin and Stuart, and to the staff of Cherry Meadows- thank you for your graceful care.

To order memorial trees or send flowers to the family in memory of Bonnie M. Peterson, please visit our flower store.