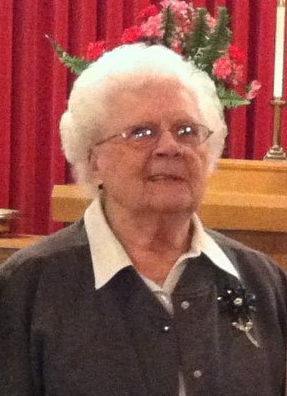 She married Harry Morrow in 1946 and had 2 children:  Robert and Karen.  Harry and Blanche moved to Dale, WI in 1970. Following Harry’s death in 1974, Blanche met and married Tom Endrick in 1975.  Together they raised daughters Julie, Tina and Beth. Blanche and Tom shared 41 years together until his death in 2016.

Blanche was an amazing cook and baker, and loving and sassy mother and friend, she was also high level guarder of the chocolate chip cookie recipe.  She was known for putting on a spread such that no one ever went hungry after leaving her house.

Blanche did not want a formal celebration or funeral service.  Her stories will be told in the coming months by family and friends and a private celebration (against her wishes) will be held at a later date.

In lieu of flowers please consider a donation to Saving Paws Animal Rescue in Blanche’s name.

The family wants to thank Gary, Nancy and Aunt Penny for their constant love and care.  Special thanks to Thedacare at Home as well as the caring staff at Appleton Retirement Community-your gifts of love and care will not be forgotten.

To order memorial trees or send flowers to the family in memory of Blanche Joyce "Tootie" Endrick, please visit our flower store.