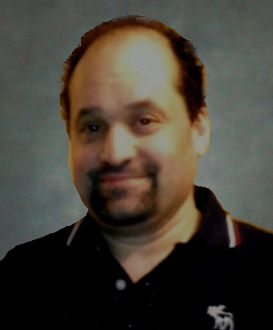 Biagio “Joe” Ciarla, age 52, of Appleton, passed away peacefully in his sleep at home after a lengthy illness. Biagio was born on June 26, 1966, in Montreal, Quebec, Canada, son of Giuseppe Ciarla and Philomena Pontillo. He earned his bachelor’s degree in Mechanical Engineering from McGill University of Montreal. Biagio moved to the United States from Canada after being offered a job with the Pierce Manufacturing Co. He later accepted a position with Caterpillar Inc. based out of Illinois. Biagio met Catherine Carlson while they danced at Park Central. They wed in 2001 in Medina, Wisconsin.

Biagio will always be remembered for being an intelligent and creative person. His memory will live on through his many inventions and several patents which included a retractable driveway cover. He enjoyed listening to talk radio and watching sports; especially soccer, American football and hockey. Biagio loved the beaches of Cape Cod and referred to his travels to Door County as the Cape Cod of Wisconsin. Before he became ill, he would hike with his family at Thousand Islands. Biagio will always cherish the friends he made through the Genesis Club of Appleton.

Biagio is survived by his parents: Giuseppe Ciarla and Philomena Pontillo; brother: Raffaele Ciarla; wife: Catherine Ciarla; son: Joe Ciarla; stepdaughters: Sarah, Veronica, and Catrina Pyawasit; grandchildren: Nydia and Gabe; as well as nephews: Luca, Matteo and Christopher. He is further survived by his relatives throughout Canada, Italy, and Argentina. He was preceded in death by his sister, Emanuela “Lena” Mastrogiacomo.

The memorial service for Biagio will be held at 6:00 pm on his birthday, Wednesday, June 26, 2019, at the WICHMANN FUNERAL HOME DOWNTOWN, 537 N. Superior St., Appleton. A time of visitation will take place from 4:00 p.m. until the time of service.

Biagio’s family would like to thank Fresenius Kidney Care and Thedacare Regional Medical Center of Appleton for their kindness and care.

To order memorial trees or send flowers to the family in memory of Biagio Joe Cialra, please visit our flower store.