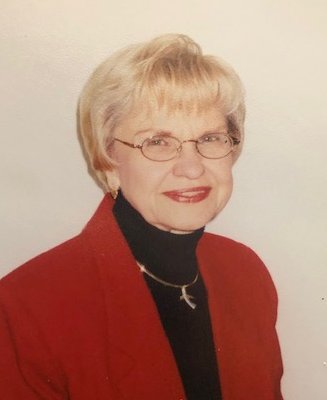 Beverly R. Radke, Kimberly, WI, age 92 went to her eternal resting place on June 5th, 2022. She was born on March 13, 1930 to Martha and Leonard Fischer in Clintonville, WI. After graduating from Clintonville High School she worked at the Urban Telephone Company and the FWD Corporation. On May 24th, 1952 Bev married Menford (Rad) Radke, Marion, WI, at Christus Lutheran Church in Clintonville. They moved to Appleton, WI where she would spend the remainder of her life.

Bev’s interests and hobbies included; flower gardening, needle work, dancing, golfing, and playing lots of bridge. She was an avid reader and a founding member of the ex libris book club. Volunteering was a big part of her life, working many hours with the Fox Cities Convention and Visitors Bureau. She also spent many hours knitting sweaters for the women’s missionary league of Faith Lutheran Church.

Bev and Rad loved to travel, visiting many places in the U.S. and almost 30 foreign Counties. For many years she was active in the Appleton Chapter of the Valparaiso Guild and an active member of Faith Lutheran Church. She worked for AAL, now Thrivent Financial from 1952-1956 and again from 1980-2002. She was a teachers aid in the Appleton School System from 1970 to 1980. Bev loved to be active and was always doing something.

Bev is survived by her husband of 70 years, Menford (Rad) Radke, one daughter and son in law, Hollie and Phil Deelo, Phoenix. Two step granddaughters and three step great grandchildren, and numerous cousins, nieces and nephews.

She was preceded in death by her parents and brother and sister in law. Meinhard Radke, and Deloris Mielke.

Funeral services for Bev will be held at 11:00 am on Wednesday, June 8, 2022, at the WICHMANN FUNERAL HOME DOWNTOWN, 537 N. Superior St., Appleton, with Rev. Jim Wiebel officiating. Visitation will be held from 10:00 am until the time of service.  Burial at Highland Memorial Park to follow immediately after the service.  Online condolences may be expressed at www.wichmannfargo.com.

To order memorial trees or send flowers to the family in memory of Beverly "Bev" Radke, please visit our flower store.