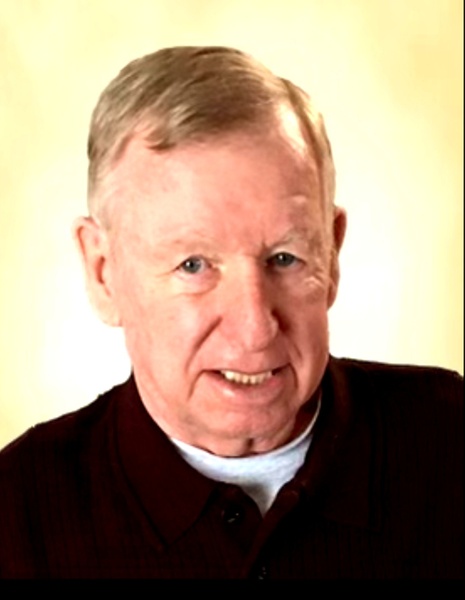 Bernie (Whitey) Matheys passed away on September 9th, 2021 at the age of 80 after an 8 year struggle with dementia. He was born in Luxemburg, Wisconsin on August 13th, 1941 to Henry & Grace (Pigeon) Matheys. Bernie married Beverly J. Gudex on June 10th, 1995 and they resided in Appleton.
He was a salesman at Fox Valley Builders/Builders Supply of Northeastern Wisconsin, retiring in 2007 after achieving numerous Top Salesman awards. He was a longtime member of Fox Valley Golf Course, American Bowling Congress (he treasured his 300 and 299 game award rings) and the Knights of Columbus. He was an active member of St. Paul’s Catholic Church in Combined Locks where he was proud to serve as an usher.
Bernie actively played fastpitch softball in his younger years and thoroughly enjoyed watching the sport throughout his life. He followed the Milwaukee Brewers and attended a few of their training camps where he learned much about the sport of baseball. He worked the sidelines during the Vince Lombardi era, attended the first 3 Super Bowls and the infamous Ice Bowl in 1966.
In his spare time, Bernie enjoyed watching old time westerns (especially Gene Autry and Roy Rogers) and was a collector of western memorabilia. He played many, many, many rounds of golf and loved to travel.
Bernie was very grateful for the 41 years he enjoyed as a member of Alcoholics Anonymous and the many friends he made along the way.
Bernie is survived by Bev, his loving wife of 26 years and their 2 loyal companions Rusty & Breeze; sisters Rosemary (Ed) Wavrunek and Marlene (Lee) Loberger; step daughters Carrie Jo Gottschalk and Wendy Jo (Bob) Arts, step grandchildren and step great grandchildren.
He was preceded in death by his parents, sisters Shirley Cayemberg and Doris Dart, brother Henry Jr., first wife Sandra and mother-in-law Marie Gudex.
Thank you to the caring staff at Brewster Village including Dr. Deborah Schultz and Dr. Hoffman, the staff at St. Paul Manor and Club Gabriel. A special thank you to Dr. Elizabeth Menzel and Heather Flick with Mosaic Health for their compassion and continued support.
A private family funeral mass will be celebrated for Bernie.

Please leave condolences or a special message for Bernie’s family below.

To order memorial trees or send flowers to the family in memory of Bernie Matheys, please visit our flower store.