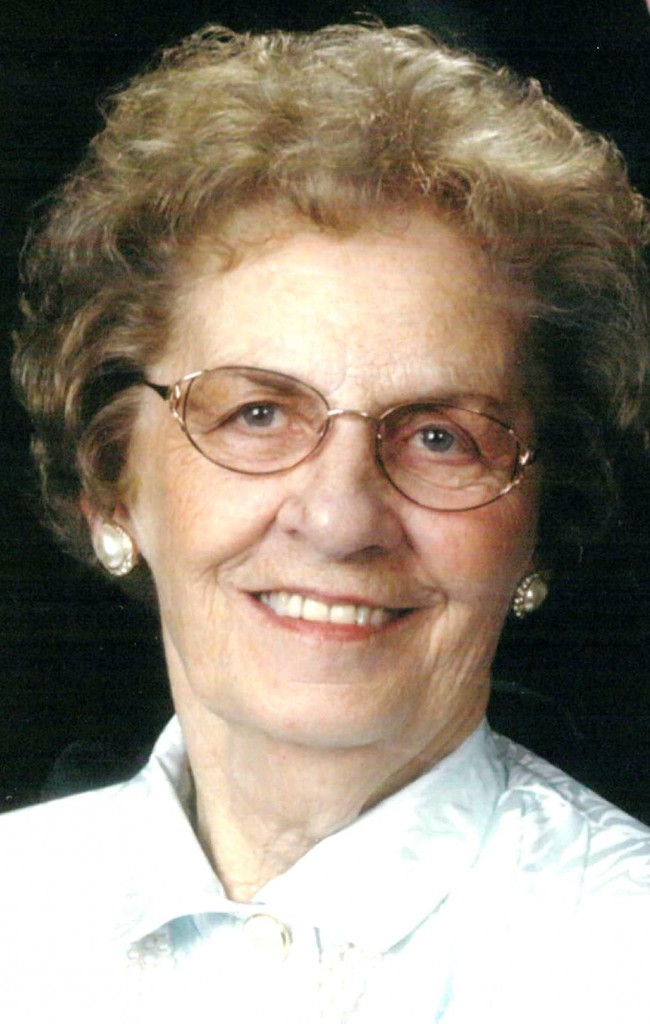 Bernice was born March 11, 1922, daughter of the late Julius and Regina (Ostrowski) Rzentkowski in Fancher, Wisconsin. She married Richard J. Gawinski on June 24, 1950, at St. Mary of Mount Carmel Church in Fancher. They shared 55 wonderful years together, and he preceded her in death on August 26, 2005.
Survivors include her daughters, Barbara (Lyle, Jr) Hanson and Kathleen (Keith) Depies; Grandchildren, Gina (Matthew) Lingnofski, Derrick (Jennifer) Hanson, Andrew Depies and Alexander Depies; and great-grandchildren Audrey, Claire and Tyler Lingnofski and Adelyn and Elle Hanson. She is further survived by her sisters, Leona Brantmeier, Rita Demski, Germaine (Ronald) Borski and a brother, Richard (Diana) Rzentkowski, along with numerous other relatives and friends.
She was preceded in death by brothers and sister-in-laws, Leonard (Kathy), Myron (Vera), and Victor (Lorraine) Rzentkowski; sisters and brother-in-laws, Edwina (Edward) Glisczinski, Virginia (Tony) Isherwood and Wanda (Ray) Disher, Russell Brantmeier and Robert Demski.

Bernice spoke fluent polish and was proud of her heritage, stating that she could recite the rosary faster in polish than in English. Bernice had a strong faith in God. She was a member of St. John the Baptist Church, Menasha. She loved to listen and dance to polka music. She enjoyed fishing and doing outside chores. She cherished the time spent with her children, grandchildren and great-grandchildren.

Bernice’s family would like to thank the staff at Valley Nursing Association and Theda Care Hospice for the care and compassion given to their Mother.

To order memorial trees or send flowers to the family in memory of Bernice Ann (Rzentkowski) Gawinski, please visit our flower store.