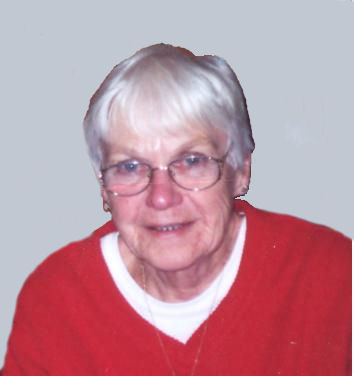 Bernadine “Scoots” Kain, age 81, of the Town of Menasha, passed away at her home on Wednesday, March 6, 2013, surrounded by her family. Scoots was born on September 4, 1931, in Wabeno, Wisconsin, to the late Clarence and Elsie (Depner) Opsahl. She married Donald Kain on April 22, 1950; he preceded her in death on June 27, 2009 . Scoots was a loving wife, mother, grandmother and great grandmother. Survivors include her children, Chris Kain; Jo Kain and Dar (Debbie) Kain; her grandchildren, Joseph, Colin, Ross and Davis Kain, and Danielle (Jacob) Freeman; her great grandson, Bryce Freeman and two brothers Robert and Beryl Opsahl. She was preceded in death by her brother, Bernard Opsahl; her sister, Bernice Siebers and her daughter-in-law, Kathleen Kain. Memorial services will be at 11:00 a.m. on Saturday, March 16, 2013, at STAR OF HOPE CHAPEL at Highland Memorial Park, 3131 N. Richmond Street, Appleton, with Rev. Stephen Dietzler officiating. Friends may call directly at the cemetery chapel on Saturday from 10:00 a.m. until the time of services. Interment will be in Highland Memorial Park. The family would like to extend a sincere thank you to the staff at Hospice Advantage, Home Instead Senior Care (especially Sandy) and caregivers, Courtney Klienert and Stephanie Marks. Online condolences may be offered at www.wichmannfargo.com

To order memorial trees or send flowers to the family in memory of Bernadine "Scoots" Kain, please visit our flower store.