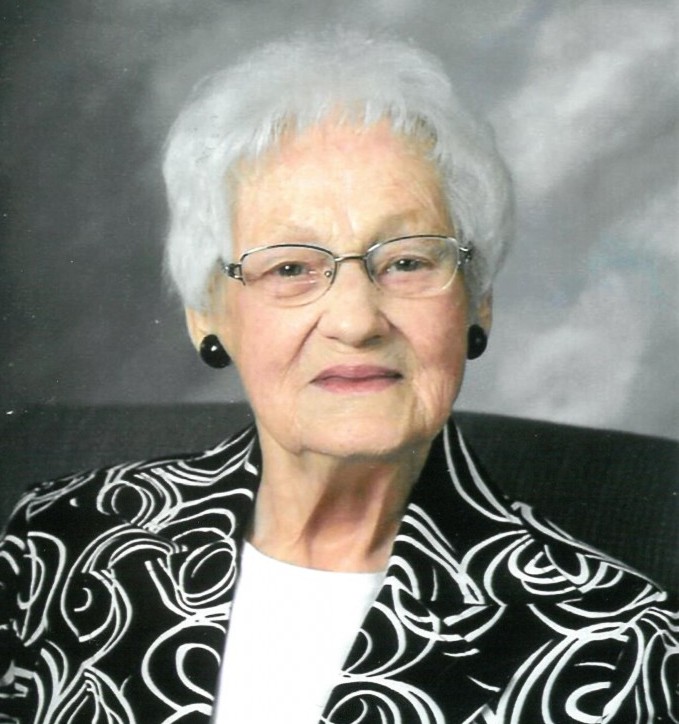 She was born on September 8, 1926, in Gardner, Door County to George and Mary (Bosman) Destree. She was one of 9 children. On December 30, 1943 she married Richard F. Kaye at Christ the King Church in Sturgeon Bay. He preceded her in death on November 12, 2007.

Bernadine had several part time jobs retiring from Gordy’s Food Fair in 1985. She enjoyed gardening, making rag rugs on her loom, and crocheting Afghans, one of which appeared in the “Country Afghans” Magazine. She traveled with Richard throughout the U.S. wintering many years in Florida. Her greatest joy was her 6 grandchildren and 8 great-grandchildren.

Honoring her wishes, there will be a private, family Memorial Service at a later time. She will be laid to rest at Union Cemetery, Kaukauna.

A special thanks to the wonderful caregivers at St. Paul Assisted Living, Kaukauna; Sister Delores for all her comforting words, the 3rd floor staff at St. Elizabeth Hospital, and Affinity Hospice.

To order memorial trees or send flowers to the family in memory of Bernadine Julia Kaye, please visit our flower store.