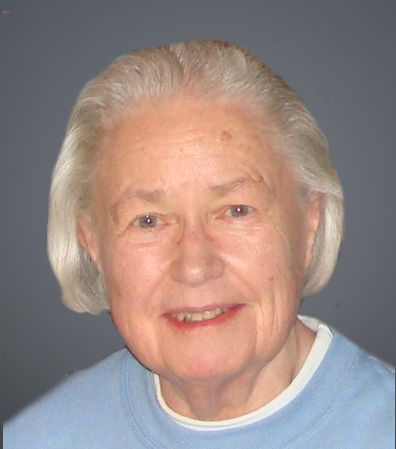 Beatrice Restoule, known to everyone as “Grandma B”, went to be with her Lord and Savior on March 21, 2018. She died very peacefully in her sleep after a long, hard battle with Parkinson's Disease and Dementia with Lewy Bodies.

She was born in Cleveland, Ohio on April 2,1937 to Charles and Bess (Verner) Kabelac. Growing up in Cleveland, Beatrice spent her younger years playing with her sister Sharon and her cousins, going on family vacations, as well as learning how to be frugal seeing as those were the ‘war years”. She attended John Adams High School where she was Valedictorian of her Senior class . After graduating high school she relocated to Southern California where she spent many years enjoying roller skating, bowling and archery, even winning the California State Mixed-Pairs archery title! Beatrice and her former spouse, adopted their son Kyle in 1968. In the early 1970’s their family moved to Seattle where she began work in the Speech Communication Department at the University of Washington, from which she retired after 27 years. In January of 2002 Beatrice committed her life to Jesus Christ. Beatrice delighted in her family and in 2007 moved to Menasha Wisconsin to be near her son, daughter in-law and grandchildren. In the 11 years she enjoyed taking long, daily walks around her Doty Island neighborhood, especially to Lake Winnebago and the Menasha Library. She could always be recognized as “the little old lady in the red hat”. She was an avid reader of mystery novels and was known for her love of quilting. She was especially fond of making quilts and donating them to soldiers from our military and children at Children’s Hospital. She was a faithful member of Calvary Bible Church in Neenah and loved weekly worship services as well as studying the Bible with her friends in her Equipping Class and at Wednesday Morning Women’s Bible Study. She is remembered specifically for her wit, her kindness and her politeness.

She is survived by her sister: Sharon (Jeff Smith) Kabelac; her son: Kyle Restoule, his wife Ami, and their children Christoper, Raegan, Eli, Jackson and Grant, as well as her great-grandson Alistair Restoule.

A memorial service will be held at Wichmann Laemmrich Funeral Home at 312 on Milwaukee Street, in Menasha, on April 6, 2018 at 5:00 PM (a light dinner reception will follow) and will be officiated by her daughter-in-law’s father, Clint Compton. Friends are invited to gather at the funeral home on Friday afternoon, April 6, from 4:00 PM until the hour of the service.

To order memorial trees or send flowers to the family in memory of Beatrice L. Restoule, please visit our flower store.