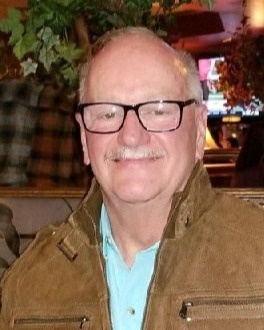 Barry D. Lawrence, 67, passed away peacefully on Tuesday September 20th, 2022 at Thedacare Reginal Medical Center in Appleton with his loved ones by his side. He was born on October 16th, 1954, in Michigan City, IN, the son of Edward and Elnora (Halfacre) Lawrence. Barry was united in marriage to Cynthia (Weber) Lawrence on August 31st,1974, in Michigan City. Barry was a fun, kindhearted, quick witted, workaholic. He was loved by everyone that met him. He wouldn’t think twice about helping anyone. He will always be remembered for his selfless acts, corny jokes and contagious smile. He enjoyed karaoke, golfing, playing pool and being in nature.

Barry was preceded his parents: Edward and Elnora (Halfacre) Lawrence; and wife: Cynthia A. (Weber) Lawrence.

Barry was a one of a kind original. We want to thank his family and all his many friends: both old and new, for their love and support. We know how blessed we are to have had him in our live. We want to send our appreciation to the Theda Care Team in Appleton for taking such good care of him.

To order memorial trees or send flowers to the family in memory of Barry Duane Lawrence, please visit our flower store.