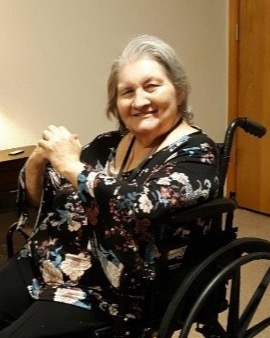 Heaven has undeniably acquired another angel! It is with great sorrow I announce my beloved mother, Barbara Ann Schierl (nee Beil), age 80, passed away on Thursday, November 3, 2022 at Prairie Homes Assisted Living in Menasha, Wisconsin. Barb’s life story began on July 14, 1942, in Sublette, Illinois, where she was the middle of three daughters born to the late George F. and Irene A. (Schoenberger) Beil. While in grade school, the family moved to Appleton, and in high school, they moved back to Illinois. After graduating from Maine Township High School in Park Ridge, she went on to Moser Secretarial School in Chicago, where she attained exceptional clerical skills and became an employee of Universal Oil Products Company.

While visiting friends back in Wisconsin, Barb met my father, Thomas Schierl, on a blind date at the Cinderella Ballroom, Appleton, while he was home on leave from the U.S. Navy. It was easy to see why dad was so smitten with her. Not only did he find her intelligent, but she was a beautiful person (inside and out). After countless cards, letters, and Tom’s honorable discharge, they married at St. Mary’s Catholic Church, Menasha, on February 2, 1963. Later, they welcomed and raised me, their one and only child. Three months shy of celebrating their 60th wedding anniversary, they still had eyes only for one another, held hands, and called each other by numerous, affectionate nicknames like newlyweds. Together, they enjoyed many years of antiquing, going to flea markets, rummage and estate sales, church picnics, Friday night fish lunches, and spending much time with family and friends. Mom thoroughly enjoyed rearranging and decorating the house with their found “treasures”. She also dabbled in gardening and planted beautiful flower beds to complete a Country Living kind of vibe. This, combined with making sure she was always presentable, became affectionately known as “futzin and a mutzin” by my dad. She was also quite an accomplished cook and loved setting a table fit for a king with her much collected dishware and crystal when entertaining family and friends. Every meal included relishes/fruit. Consumption was strongly encouraged as they were always said to be “refreshing”. In the early years, she also sewed, knitted, and was a member of a local ladies’ rug hooking club. Requiring hundreds of hours to complete, she created a masterpiece consisting of sprays of intricately shaded pink roses, which was too pretty to walk on, so instead, it became a stunning wall hanging.

In addition to running a household, Barb joined dad in “bringing home the bacon”, most notably, from Menasha City Hall where she became a bit of a trailblazer. Because of her activism, women were permitted to wear pants in the office, not just skirts or dresses. She later held positions at Fox Valley Technical College and Pierce Manufacturing. She had also worked at Wanserski’s and had a variety of other temporary jobs through Kelly Services.

Mom had a humorous side to her. I will terribly miss our heart-to heart-conversations, which not only included her many words of wisdom and support, but also bouts of sidesplitting laughter, a/k/a “gut burners”. You know, the kind where there is no sound, tears run down your cheeks, and your stomach hurts.

Maple cream chocolates & ice cream, red and black licorice, cheese, cheesy popcorn, and #1 drink of choice, Coca-Cola, will forever be associated with mom as these were some of her much-loved favorites!

I will remember Mom, not only as an extremely loving and caring mother, but a woman of great integrity and values, having always believed in doing the right thing. Not only was she a wonderful role model, but she will also be admired for the way she kept a positive attitude, despite having experienced many health issues and setbacks. She was incredibly appreciative and grateful for the simplest things in life and would often be heard saying how she was truly blessed!

In addition to her parents, Barb was welcomed into Heaven by her two sisters, Mary Beil and Sharon Capua, and her father-in-law and mother-in-law, Howard and Genevieve Schierl. Thank you to all her caregivers over the years at various facilities, especially those at Prairie Homes, Promedica-Heartland Hospice for keeping her comfortable, and to Chaplain Cliff for his spiritual guidance. The family will get together at a later date to celebrate Barb’s life, reminisce, and share special memories.

If you would like to express your condolences, cards may be sent to:

To order memorial trees or send flowers to the family in memory of Barbara Ann Schierl, please visit our flower store.