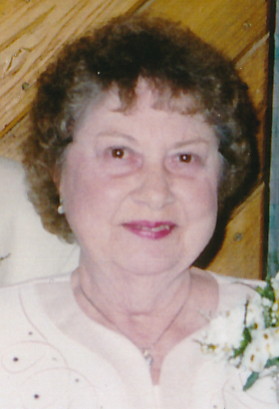 Audrey J Patterson, 85, of Appleton died Wednesday August 17, 2011. She was born on her parent's farm near McHenry, North Dakota, July 23, 1926, daughter of Dewey and Bernice (Yagla) Anderson. In 1930 she and her parents moved to Southern Wisconsin, finally settling on a dairy farm near Fulton, Wisconsin. She went to school in Fulton and then to high school in Edgerton, Wisconsin. After graduation she became a Cadet Nurse and went to Michael Reese Hospital School of Nursing, graduating in 1947 with an RN degree. After graduation she worked as Night Supervisor at the hospital. until her marriage to Leon G. Patterson on January 15, 1949. After Leon finished his tour of duty with the U.S. Army, they settled in Evansville, Wisconsin where their two children were born, Alice and Larry. Audrey held a variety of nursing positions in Evansville, Stoughton, and Madison until 1964, when the family moved to Appleton. In 1965 she became office nurse for Dr. C.E. Fenlon, a job she held for the next 16 years. Then Dr. Fenlon founded the Fox Valley Residency Center and she worked there with him until her retirement in 1988. After retirement Audrey and Leon spent their winters in Casa Grande, Arizona.
Audrey was a member of First Congregational United Church of Christ in Appleton, Wisconsin, Columbia Chapter 29 OES of Evansville, Wisconsin, and dual member of Fidelity Chapter 94 OES of Appleton, Ladies Shrine Auxiliary of Appleton, and the Fidelity Ladies Club.
Audrey is survived by her husband of 62 years, Leon; daughter, Alice (Paul) Ehricke, Menasha; son Larry (Beth), Wauwatosa; granddaughter, Tara Radke, Tucson, Arizona; step-brother, John (Sharon) Schmid, Monroe, Wisconsin; three sisters-in-law, Nancy Jo Patterson, Hancock, Wisconsin, Lois Patterson, Blacksburg, Virginia, and Elvina Patterson, Brooklyn, Wisconsin; and many nieces, nephews, and cousins.
A service of the Eastern Star will be at 3:00 PM on Saturday August 20, 2011 at the WICHMANN FUNERAL HOME – TRI COUNTY CHAPEL. Visitation will begin at 1:00 PM until the hour of service. Interment will be in Maple Hill Cemetery, Evansville, Wisconsin. In lieu of flowers memorials may be made to the Ladies Shrine Auxiliary and they will give them to the Shriners Children's Hospital.
Audrey's family would like to thank the entire staff at Theda Care Hospice Residence Center for their care and compassion.
Wichmann Funeral Home
3212 South Oneida Street
Menasha, Wisconsin
(920) 831-9905

To order memorial trees or send flowers to the family in memory of Audrey Jane Patterson, please visit our flower store.