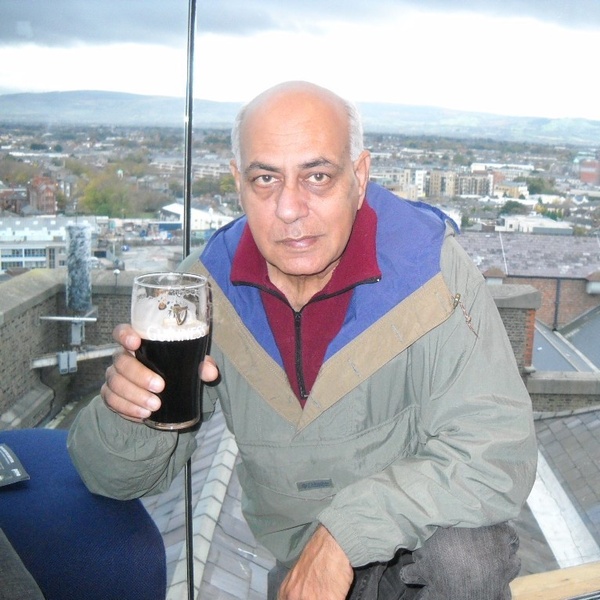 Ashok Kumar Tannan, 78, of Appleton, passed away on October 5, 2021 peacefully at the hospital surrounded by family.

Ashok was born in Jalandhar City in Punjab, India to Sarla Devi and Om Prakash Tannan on November 11, 1942.  He spent his teenage years in Mumbai at Don Bosco High School and he completed his Engineering degree in Gwalior, India in 1966.  A few years later, he pursued new frontiers and immigrated to America to continue his Engineering and Business education at universities in Kansas, Ohio, and Wisconsin.  He married his wife Ashi in 1973 in New Delhi, India.  A Heating/Ventilation/Air Conditioning Design Engineering job brought him to the Appleton area in 1978, and led him to start his own company in the same line of work.  He was very involved in the local community including Unity in Diversity, FCRMC, IndUS, and CDFC. He loved volunteering at the Salvation Army, numerous marathons, and other charity events – usually among the first ones there and the last ones to leave.  Some of his favorite events included Octoberfest, the 911 Stair Climb at Lambeau Field, and helping build the playground at Fritsch Park in Menasha.  It would be a great understatement to say that Ashok lived life to the fullest.  He brought people together and loved being around family and friends.  He never missed out on playing games and sports of any kind with kids young and old alike (everything from Chess with his grandkids to flip-cup with his college age nieces and nephews).  His passion for traveling with his loving wife Ashi and seeing new places was unbelievable, visiting all 50 states and many countries on nearly every continent. His desire for thrills and adventure was unmatched – a few highlights include rock climbing, ziplining, parasailing, kayaking, water skiing, whitewater rafting, scuba diving, and indoor skydiving on his 75th Birthday. He also loved encouraging, teaching, and helping others get over their hesitations and participate in whatever activity he was doing.

Ashok is survived by his wife Ashi, his son Neil and wife Mani, his son Jay and wife Hardeep, his brother Subhash, his sister Asha, his brother Dilip, his 5 grandchildren Arya, Diran, Dilan, Sajan, and Jovin, as well as extended grandkids, nieces, nephews, uncles, aunts, family and friends all across the world.

The family of Ashok kindly requests to please consider donating to the American Lung Association at www.lung.org in lieu of any other memorials.

The family also wishes to extend their sincere thanks to Dr. Kirti Ringwala, Dr. Freeman, Dr. Leonard, Dr. Marada and all other doctors, nurses, and staff that cared for him at St. Elizabeth’s Hospital and related clinics.

Funeral services and cremation will be held privately on Thursday October 7th at Wichmann Funeral Home in Appleton with Virendra Sharma officiating.

To order memorial trees or send flowers to the family in memory of Ashok K Tannan, please visit our flower store.