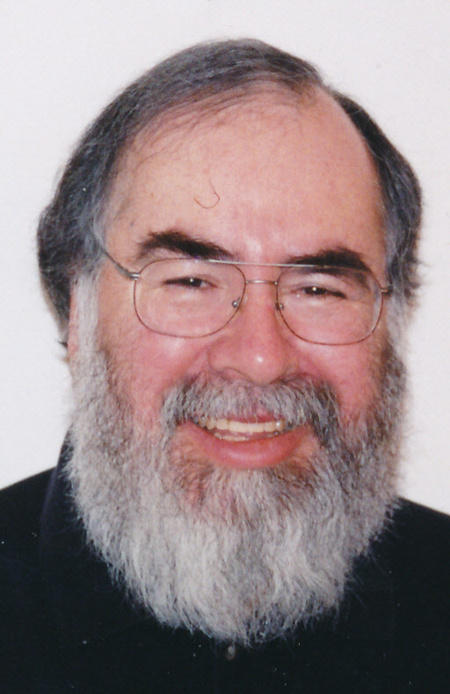 With his loving wife by his side, Bill Borcherdt, ended life on earth peacefully Monday, November 19, 2012. Bill was born in Appleton, May 16, 1942 to Arthur and Lena (Metoxen) Borcherdt. He was a beloved husband, father, grandfather, brother, brother-in-law, uncle, cousin, friend, psychotherapist, author, professor and lecturer. He spent his early years in Kaukauna. He did a lot of fishing off the banks of the Fox River, mostly alone and sometimes he would fish with Ike Solberg. He attended Nicolet Grade School where he played baseball. When his family moved to the north side of Kaukauna, he attended classes at Park School where he also played baseball. Bill graduated from Kaukauna High School, class of 1960. He was a star basketball player and is in the Kaukauna Athletic Hall of Fame. His basketball coach was Jerry Hopfensperger who he greatly respected. “Hoppy” said, “Bill was the best guard I ever had.” After high school Bill attended Texas A&I with a basketball scholarship from Kaukauna High School. He loved the game but missed his home state. He returned to Wisconsin after one year and attended Stevens Point University with a double major in psychology and social work. There too, he was a star basketball player and was named “all conference” before graduating with a Bachelor of Science Degree in Social Work in 1965.

He received his Master of Science in Social Work degree two years later from the University of Wisconsin-Milwaukee in 1967. He then accepted a social work position at Waupun State Prison where he worked for eight months before he married the love of his life, Sharon Jansen. He enlisted in the United States Army and was commissioned to the rank of Captain after his basic training at Fort Sam Houston, Texas. He served his country for three at Fort Huachuca, Arizona with the Medical Service Corp at Raymond W. Bliss Army Hospital as a psychotherapist. Much basketball was played here where he held records at Barnes Field House. Tennis and paddleball were also favorite pastimes and those weekend trips to civilian life in Tucson for all the favorite meals out were such fun. There were lots of innocent, fun times with colleagues having dinner at Bill and Sharon's house with a tall glass of Kool-Aid. Their two children, Barb and Bill, were born during this time and parenting was an exciting blessing.

Bill jogged 10 miles a day for a number of years and ran in three full marathons. Whenever someone in the community looked for a public speaker on a special mental health topic for their organization, Bill always agreed to speak. The national speaking and seminar bug bit him and he held many interesting one and two day long programs with exciting ideas shared.

Some of his most quiet, peaceful, intimate times were weekends at his cabin in Waupaca on the beautiful Chain O'Lakes. He'd look out over the lake from his screened-in porch office and with a little smile write another chapter, or another handout, or another therapy homework assignment, or another class or another seminar.

Bill was a Post Crescent commentator on various mental health issues and enjoyed writing responsive editorials. He loved learning, sharing and providing professional guidance to those he got the green light from. Through his life he had many pet names; “Bill,” “Borch,” “Chief,” “The Indian.” Many people called him “Doc” out of respect for him, although he never asked anyone to.

A very special thank you to Affinity Hospice for all the amazing, wonderful care they provided Bill – each and every one, especially Dr. Homburg and nurse Phil. You were like family to Bill

There will be a visitation at the FARGO FUNERAL HOME, 400 W. Wisconsin Ave., on Sunday, November 25, 2012 from 2-4 PM with an opportunity to share memories at 4 PM. In lieu of flowers, a memorial fund has been established in Bill's name

My beloved husband-
Bill, I appreciate each and every day spent with you and I could never get enough of the uniqueness of you! Thank you for everything you have ever done for me and for giving us our beautiful family. I loved your quiet nature and half smile, your amazing sense of humor and your incredible ability to help strengthen others. You made it look so easy.

There are no words to describe the beauty of you Bill. You were deeply passionate in your love for me, for your work and for all those whose lives you touched. You were a proud psychotherapist, proud to help out anyone who asked for your services. All I know is that no one could have appreciated your kindness, your wisdom and your soft spoken, quiet approach to life more than I did. You had amazing insight into the human condition and acceptance of it. I always said you kept me out of the ditch every day!

Thank you for sharing your life with me. I feel so fortunate to have spent the time we had together. It just went way too fast and I would have loved more of it. I am so proud of you and I am extremely proud to be your wife! I will miss you immensely and love you forever!
Your adoring wife and biggest fan,
Sharon

To order memorial trees or send flowers to the family in memory of Arthur W. "Bill" Borcherdt, please visit our flower store.