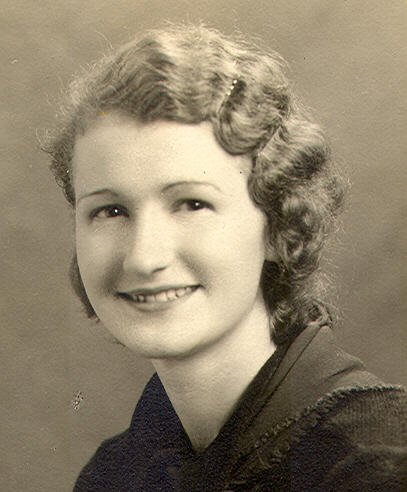 Arry E. Van Lieshout (Pohlman), age 92, of Menasha, passed away on Wednesday, June 1, 2011 at her daughter's home in Dayton, Ohio. She was born October 19, 1918, a daughter of the late Louis and Emma (Bruch) Pohlman. Arry was united in marriage to J. Martin Van Lieshout at St. Mary Catholic Church in Appleton on October 19, 1940. They celebrated 50 years together. He preceded her in death on April 15, 1991.

Arry was a crossing guard for the city of Appleton from 1964-1976. She was a Girl Scout leader at St. Mary's School in Appleton. She also helped start the school lunch program by calling volunteers and working the lunches. In 1986 they moved to Menasha. She was a volunteer at Theda Clark Hospital in the I.C.U. for seven years; she worked for Habitat, raising money in booths at fairs in Appleton and Menasha, and volunteered for “Back to School Day” program and “Career Day” for Menasha School District. Arry was on the planning committee at the Menasha Senior Center. She was an avid quilter. Arry and her good friend, Anita, started the Menasha Senior Center Quilters. The beautiful quilts made by the group were donated to charities.

Funeral service will be at 10:30 am Tuesday June 7, 2011 at ST. MARY CATHOLIC CHURCH, 312 South State Street, Appleton, with Fr. Bob Lexa officiating. Visitation will begin at 9:00 am until the hour of service. Burial will be in St. Mary's Catholic Cemetery, Appleton.
“Mom is happy and loves all her family”.

To order memorial trees or send flowers to the family in memory of Arry Esther Van Lieshout, please visit our flower store.