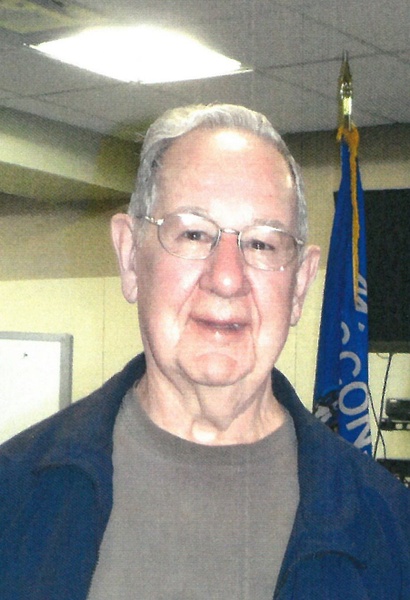 Arnold A. Nettekoven, 87, passed away at his home on Monday, March 28, 2022. He was born on July 11, 1934, in Black Creek, the son of Arnold and Irma (Schmaling) Nettekoven. He grew up on the farm in Black Creek, and proudly served in the U.S. Marine Corps, first at Quantico, VA, then deployed to Korea during the Korean war. He was honorably discharged in 1955 as a Sergeant.

Arnie was sworn in as a Patrolman at the Appleton Police Department in 1960, where he later became a Detective Sgt., retiring in 1990. After retirement, Arnie served as a Deputy Director of Security at the Fox Valley Greyhound Park, Security Officer at the Fox River Mall, the first Special Investigator at the Outagamie County District Attorney’s Office, and as a Court Officer for the APD.

Arnie was the Appleton Police Department Historian, who authored a 700+ page book on the APD’s history. He was a founder of the APBA Police Museum, and created the APD military tribute wall.

Arnold was preceded in death by his parents; and 3 brothers: Robert, Donald (Caroline), and Baby Boy Nettekoven.

Funeral services will be held at 1:00 pm, on Monday, April 4, 2022, at the Wichmann Funeral Home, 537 N. Superior St., Appleton, with Police Chaplain Scotty Bachaus officiating. Visitation will be at the funeral home from 9:30 am until the time of the service. Full Military Honors will be presented immediately following the funeral. Entombment will take place at Appleton’s Highland Memorial Park. In lieu of flowers, memorial contributions are appreciated to the APBA Police Museum.

Arnie’s family would like to express a heartfelt thank you to the staff at ThedaCare at Home and Hospice for their care, compassion, and support.

To order memorial trees or send flowers to the family in memory of Arnold A. "Arnie" Nettekoven, please visit our flower store.