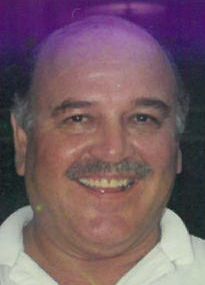 Age 71 of Phoenix, AZ, passed away peacefully on Friday, November 17, 2017 at Honor Health Hospital in Phoenix, AZ. Born on June 29, 1946, he is the son of the late Miguel and Marion (Elm) Gonzalez. Tony grew up and lived in Sheboygan, WI until 1994 when he moved to Phoenix. He graduated from Sheboygan South High School. Tony was an accomplished athlete who loved playing multiple sports and was a softball coach for many years. He was married to Sharon Hocevar (nee Kupsch) for 15 years.

Tony’s family would like to thank the Oneida Nation for their life time support of our father, St. Luke’s Hospital, Coronado Health Care Center and Honor Health Hospital in Phoenix for their kind hearted and compassionate care of Tony.

Visitation will be held at Wichmann Funeral Home on Sunday December 3, 2017 from 11:00 AM to 1:00 PM. Funeral services at 1:00 PM. Private interment. Memorials to the Oneida Nation Higher Education Department in Tony’s name are appreciated

To order memorial trees or send flowers to the family in memory of Anthony C. "Tony" Gonzalez Sr., please visit our flower store.