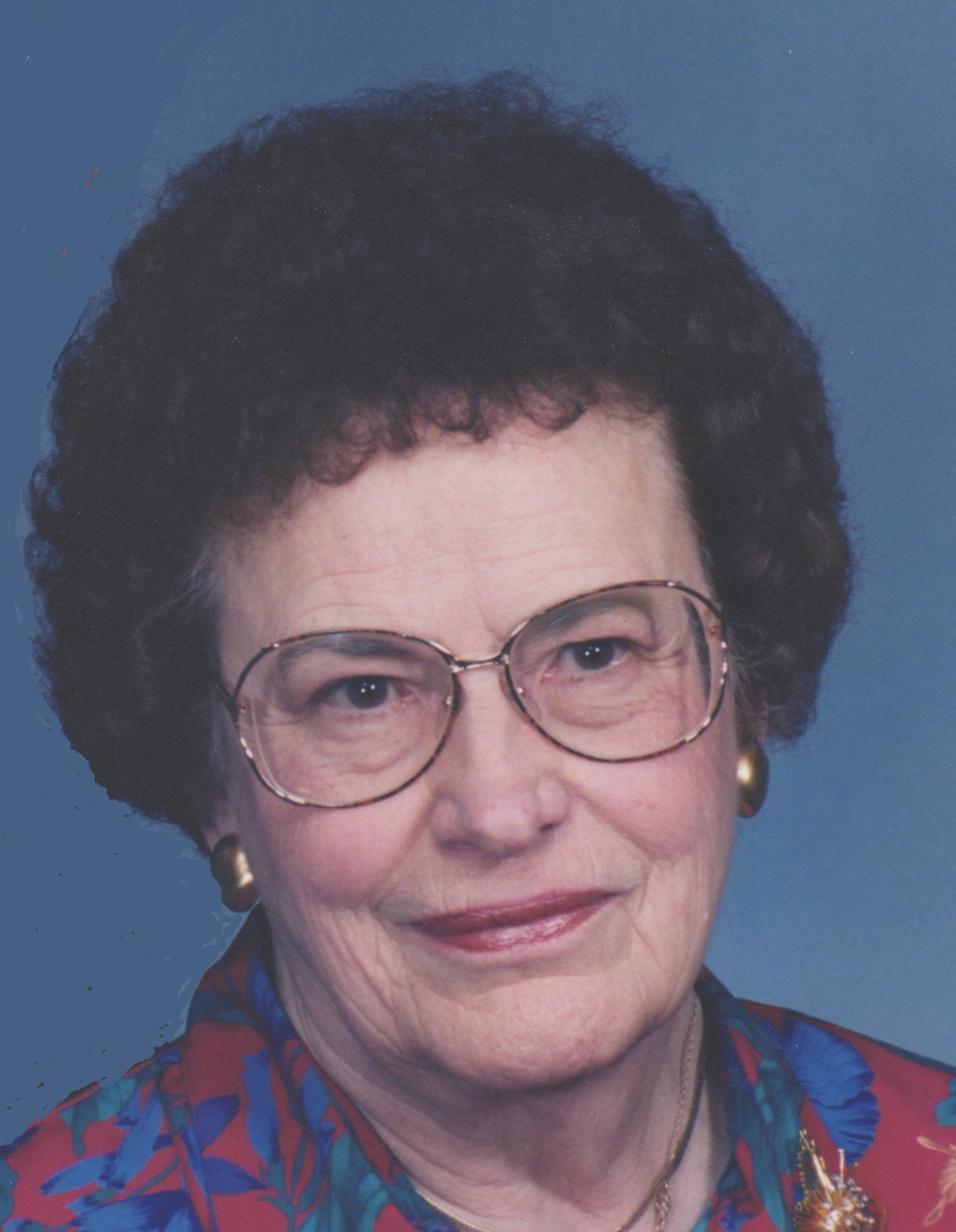 Annie Elnora Wilburn Bohon, age 96, of Appleton, passed to her promised home in heaven on October 16, 2015. Ann was born on December 17, 1918 in Ninnekah, Oklahoma to Samuel and Carrie (Waggoner) Wilburn. A child of the Great Depression, Ann grew up and graduated from high school in the center of the Dust Bowl, Liberal, Kansas, and worked as a secretary at Liberal's B-24 bomber training base during World War II. In 1946 she made her way to Waxahachie, Texas to attend Southwestern Assemblies of God Bible Institute, paying her way by owning and operating a nearby cafe, the Campus Lunchroom. After graduating Ann returned to Liberal to operate another cafe with her father, working there until Ken Bohon walked in one day for lunch in late summer 1949, and they were married six weeks later. Ken and Ann traveled extensively for his work as a sprinkler fitter, living in Chicago, St. Louis, and Gary, Indiana until moving to Appleton in 1959 to raise their three children: Randy, Deborah, and David.

Ann's relationship with Jesus Christ was of the highest importance to her, and it influenced everything else in her life, most importantly how she and Ken raised their children, who all carry precious memories of daily devotions and prayer. Music was a special love to Ann. She taught all three kids how to sing and worship, and arranged for extensive piano and violin lessons as well (with varying results). Along the way she mentored and impacted scores of others in their faith through leading youth and women's groups, and especially through her longtime outreach with the Deaf Chapel and choir at Evangel Community Church in Menasha.

A born entrepreneur and adventurer, Ann pursued many opportunities and passions throughout her life both in business and recreation. In their retirement years Ann and Ken traveled extensively throughout the U.S., and in 2001 they accompanied family and friends on a memorable trip to China.

Above all, Ann's most enduring legacy for those she leaves behind will be as a devoted wife, mother, and grandmother, who trusted Her Savior and loved her family well.

Annie was preceded in death by her parents; her husband, Ken, in 2005; a granddaughter, Amy Elizabeth Bohon; a sister Mallie (Rolland) Griffin; and brothers Raymond (Imogene) Wilburn, Hermon Wilburn, and Carl Wilburn.

A funeral service for Ann will be held at 11:00 AM on Wednesday, October 21, 2015 at the Wichmann Funeral Home, 537 N. Superior Street in Appleton, with Rev. Ken Ellis officiating. Entombment will follow at Highland Memorial Park. Family and friends are invited to gather at the funeral home on Tuesday from 5:00 PM until 8:00 PM, and again on Wednesday from 10:00 AM until the time of the service.

Ann's family would like to thank the caregivers at Home Instead for making staying home possible for her and the wonderful staff at Willow Lane Assisted Living for providing so much more than assistance for her this past year. We want to thank Judy Bruggink for her many years of friendship with Ann. We are especially grateful to Lori Smith, whose close friendship with Ann made her final years memorable and fulfilling.

To order memorial trees or send flowers to the family in memory of Annie E. Bohon, please visit our flower store.